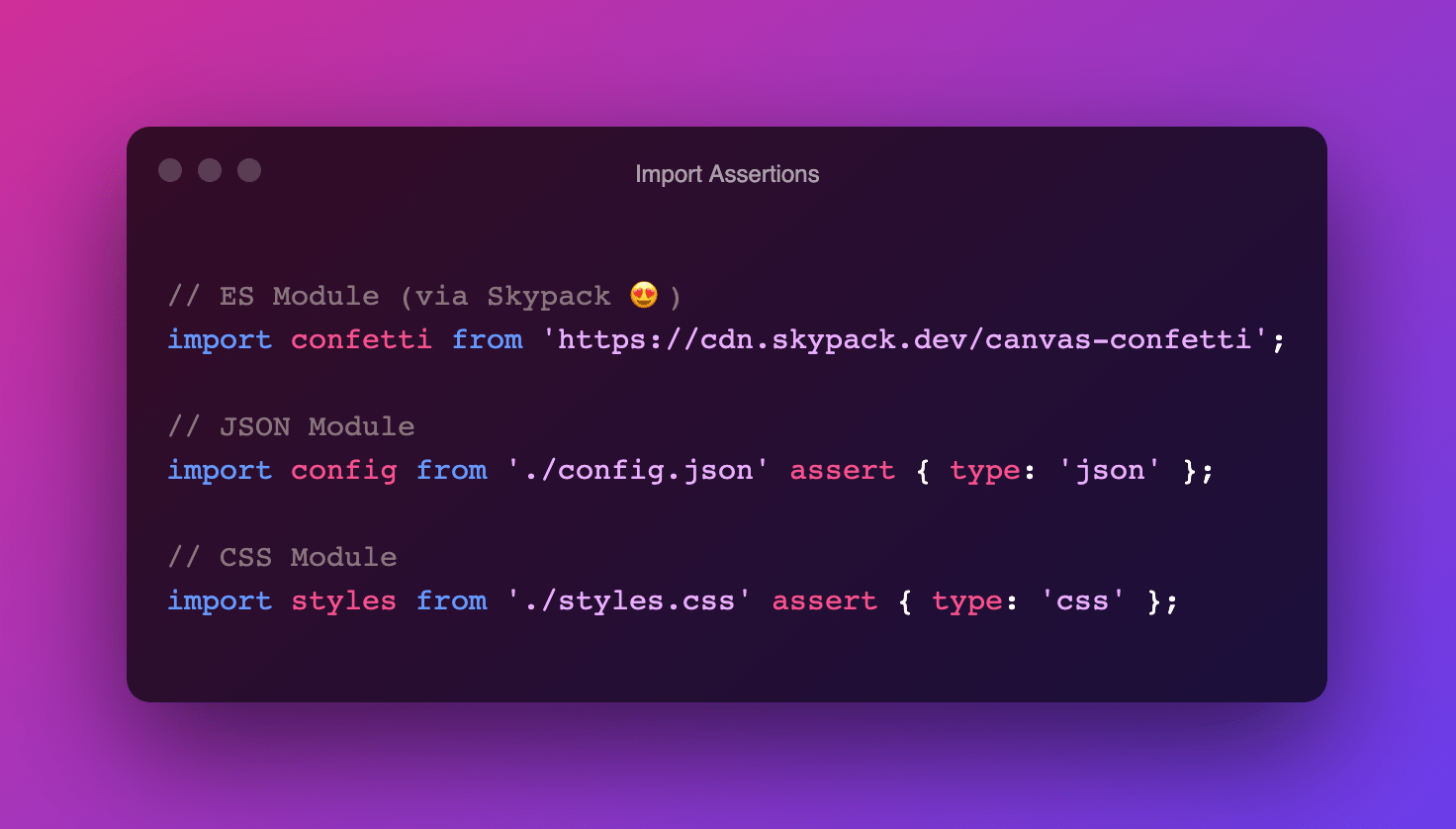 Did you know you can import JSON and CSS files just like you import JavaScript Modules? Thanks to Import Assertions, it’s as easy as this:

In Chromium 93 the same thing for CSS lands (“CSS Modules”):

It’s a regular import statement with an extra assert { "type": … } part added to it. That way you can tell the browser to treat and parse the referenced file to be of a certain type. Once imported you can use the contents further down in your JavaScript code, just like you do with regular ES Module imports.

Import Assertions is currently at Stage-3, and is expected to become part of the upcoming ES2022.

Import Assertions are supported in Chromium 91+. For browsers that don’t support it, you can use the es-module-shims polyfill which provides this functionality (and more nice tings)

In the most recent episode of CodePen Radio, just a little after the 10-minute mark, you can see host Chris Coyier demonstrate this (along with importing packages directly from Skypack):

💡 Do note that adoptedStyleSheets is only supported in Chromium browsers at the time of writing (CanIUse).

If you’re wondering why we can’t simply import those files directly, without the assertions, Axel Rauschmayer has the answer:

Browsers never look at filename extensions, they look at content types. And servers are responsible for providing content types for files.

With an external server, things are even more risky: If it sends the file with the content type text/javascript, it could execute code inside our app.

And oh, Import Assertions can be used with dynamic import(). Pass in the assertion as the second parameter:

A future without a Build System is lurking around the corner, especially when you combine these Import Assertions with a follow-up Evaluator Attributes proposal and Import Maps 🤩