A lot of editors are scriptable in Python. And Firefox has remote capabilities. So we are building a python library that can be used by editors to interact with Firefox (desktop or mobile). We could for example add JS breakpoints from Vim, or edit the code of the current page from SublimeText.

Note that the page isn’t being reloaded but the changes are being transferred via the Dev Tools Protocol to Firefox which updates the CSS as if you’d change it via Firebug/the Dev Tools themselves. 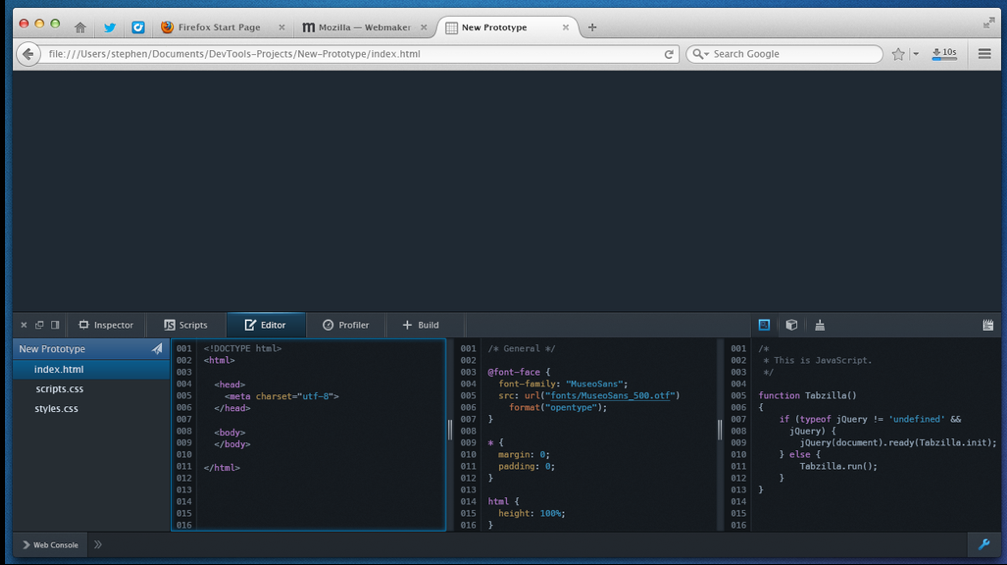 Firefox CSS live editing, and a truckload of other new features — such a built-in jsfiddle/jsbin — are being planned for the next iteration of the Firefox Dev Tools.