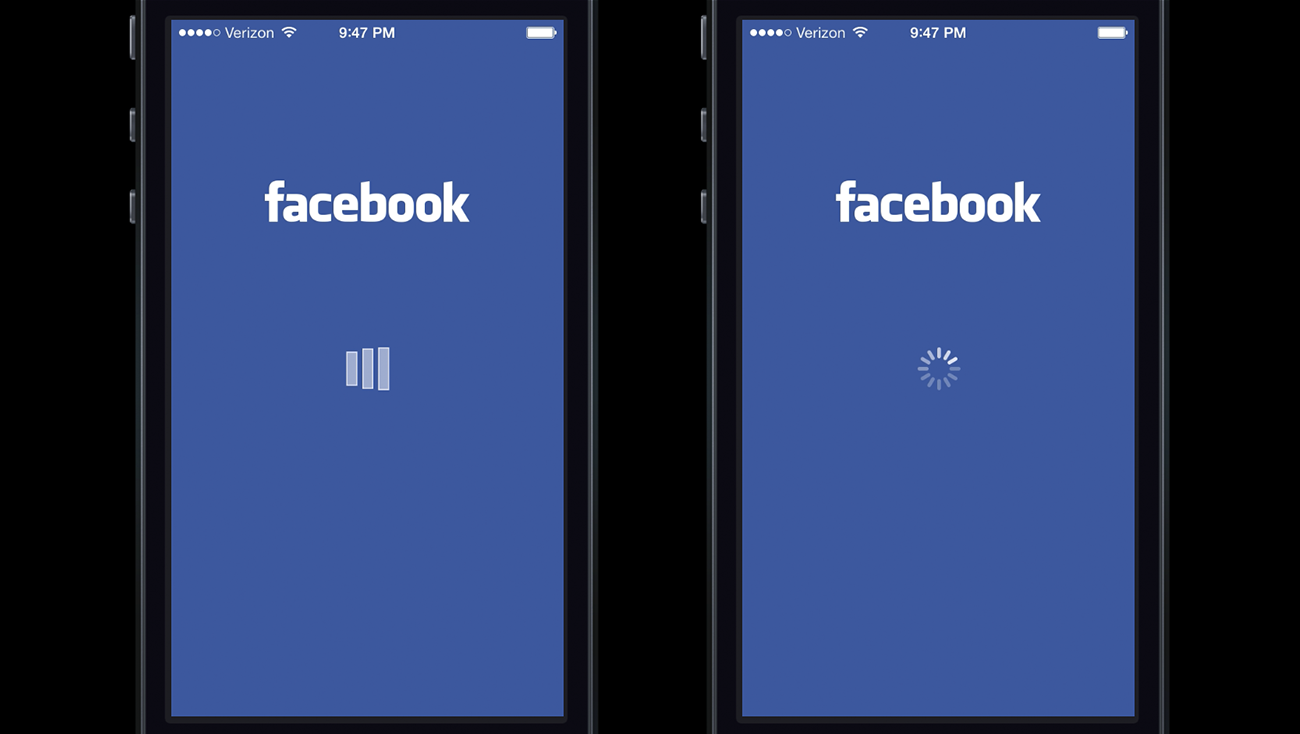 When Facebook users were presented with a custom loading animation in the Facebook iOS app they blamed the app for the delay. But when users were shown the iOS system spinner, they were more likely to blame the system itself.