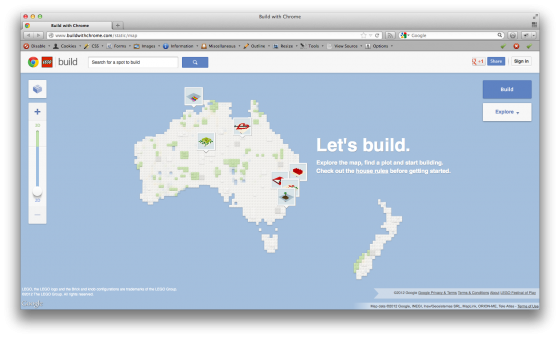 Over the last few months we’ve been working with LEGO Australia, thinking about what would happen if we brought bricks to the browser. Build is the result: our latest Chrome Experiment which lets you explore and build a new world of LEGO creations together online. With 8 trillion bricks, think of Build as the largest LEGO set you’ve ever seen. 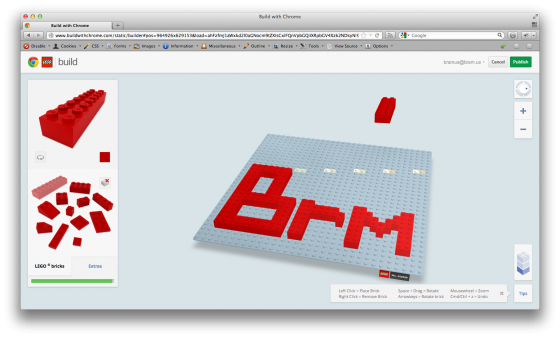 Only Australia and New Zealand for now. Works fine in Aurora too.

Build with Chrome →
Build: bringing LEGO bricks to Chrome →
A tile at Watson Bay which I filled →