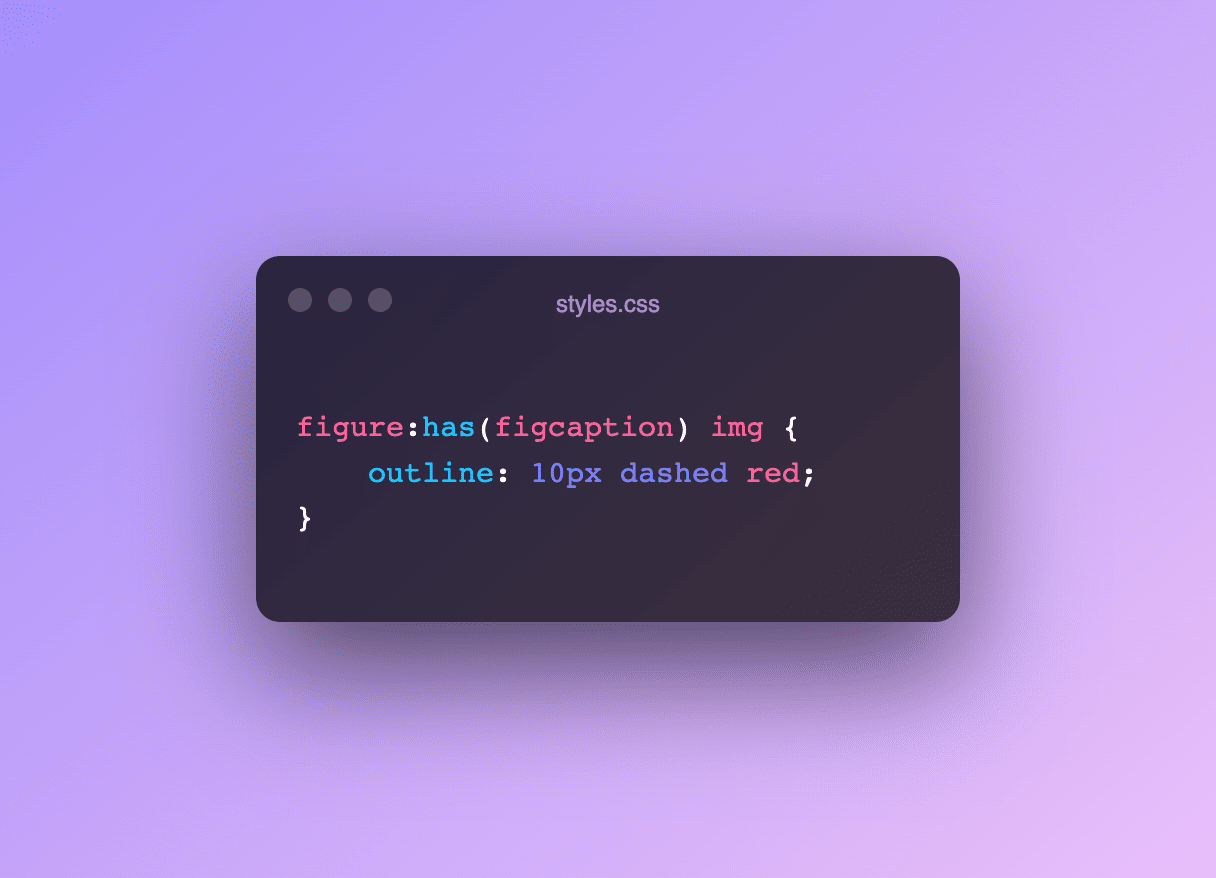 Safari Technology Preview 137 just dropped, with unflagged support for CSS :has(). Often dubbed “the parent selector”, CSS :has() is way more than that …

As per selectors-4 specification:

The :has() CSS pseudo-class represents an element if any of the selectors passed as parameters match at least one element.

This selector is dubbed “the parent selector”, as the default cases indeed allow you to select a parent element that has certain children.

# More than a parent selector

The :has() selector is way more than that just a parent selector though. As Adrian Bece shared in his post on Smashing Magazine:

See the Pen The CSS :has() selector is way more than a “Parent Selector” by Bramus (@bramus)on CodePen.

In browsers that support :has() you should see a red dashed border around the top image.

Here’s another example, from the spec:

Yes, that one also works because the :has() relational pseudo-class selector accepts a <forgiving-relative-selector-list> as an argument. That’s is a list of <relative-selector>s which can contain any of the combinators we already know: +, ~, >, …

UPDATE: My colleague Jhey has a nice article up on developer.chrome.com where he calls it “The Family Selector” – I like this name!

Just like CSS :is(), CSS :has() has these specific traits:

Hit the post on CSS :is() for more info on this.

💡 Although this post was originally published in December 2021, the section below is constantly being updated. Last update: Nov 17, 2022.

Here is an up-to-date list of browser support for the CSS :has() selector:

👨‍🔬 Experimental support available in Firefox 103 and up by enabling the layout.css.has-selector.enabled flag through about:config. Implementation is not finalised and has known bugs.

The pen embedded below will indicate if the browser you are currently using supports CSS :has() or not:

See the Pen
CSS :has Selector Support test by Bramus (@bramus)
on CodePen.

To stay up-to-date regarding browser support, you can follow these tracking issues:

The CSS `:has()` selector is way more than a “Parent Selector”.