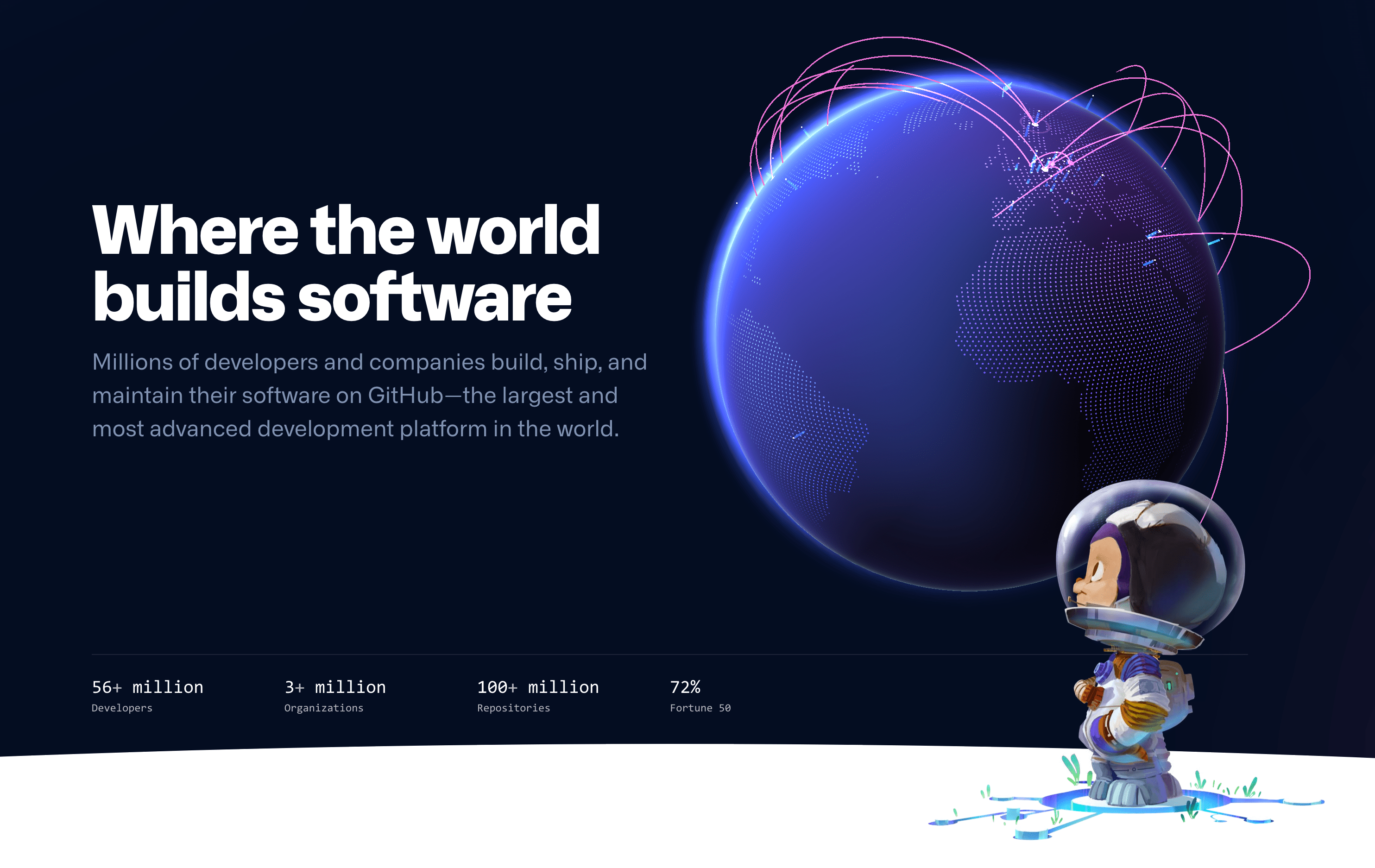 The GitHub homepage features a very nice rotating 3D globe, augmented with realtime data shooting around. Here’s how they built it:

At the most fundamental level, the globe runs in a WebGL context powered by three.js. We feed it data of recent pull requests that have been created and merged around the world through a JSON file. The scene is made up of five layers: a halo, a globe, the Earth’s regions, blue spikes for open pull requests, and pink arcs for merged pull requests. We don’t use any textures: we point four lights at a sphere, use about 12,000 five-sided circles to render the Earth’s regions, and draw a halo with a simple custom shader on the backside of a sphere.

How we built the GitHub globe →