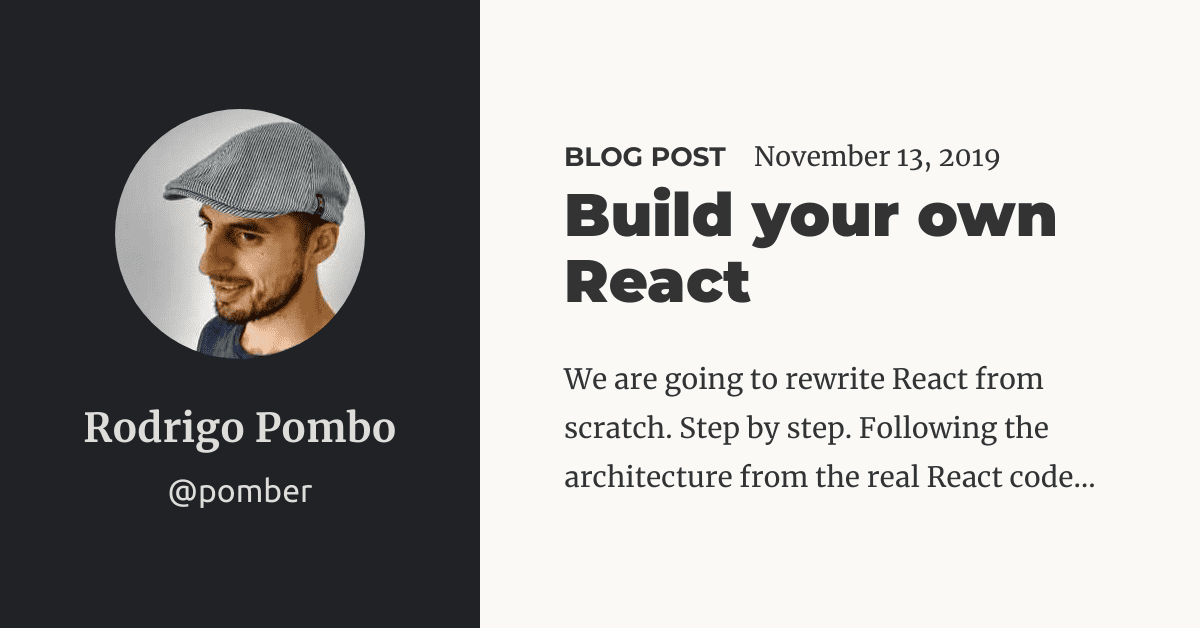 We are going to rewrite React from scratch. Step by step. Following the architecture from the real React code but without all the optimizations and non-essential features.

Next to the contents themselves, it’s also presented in a really nice way. As you read along the code next to it also changes. Bret Victor would be proud.

Build your own React →