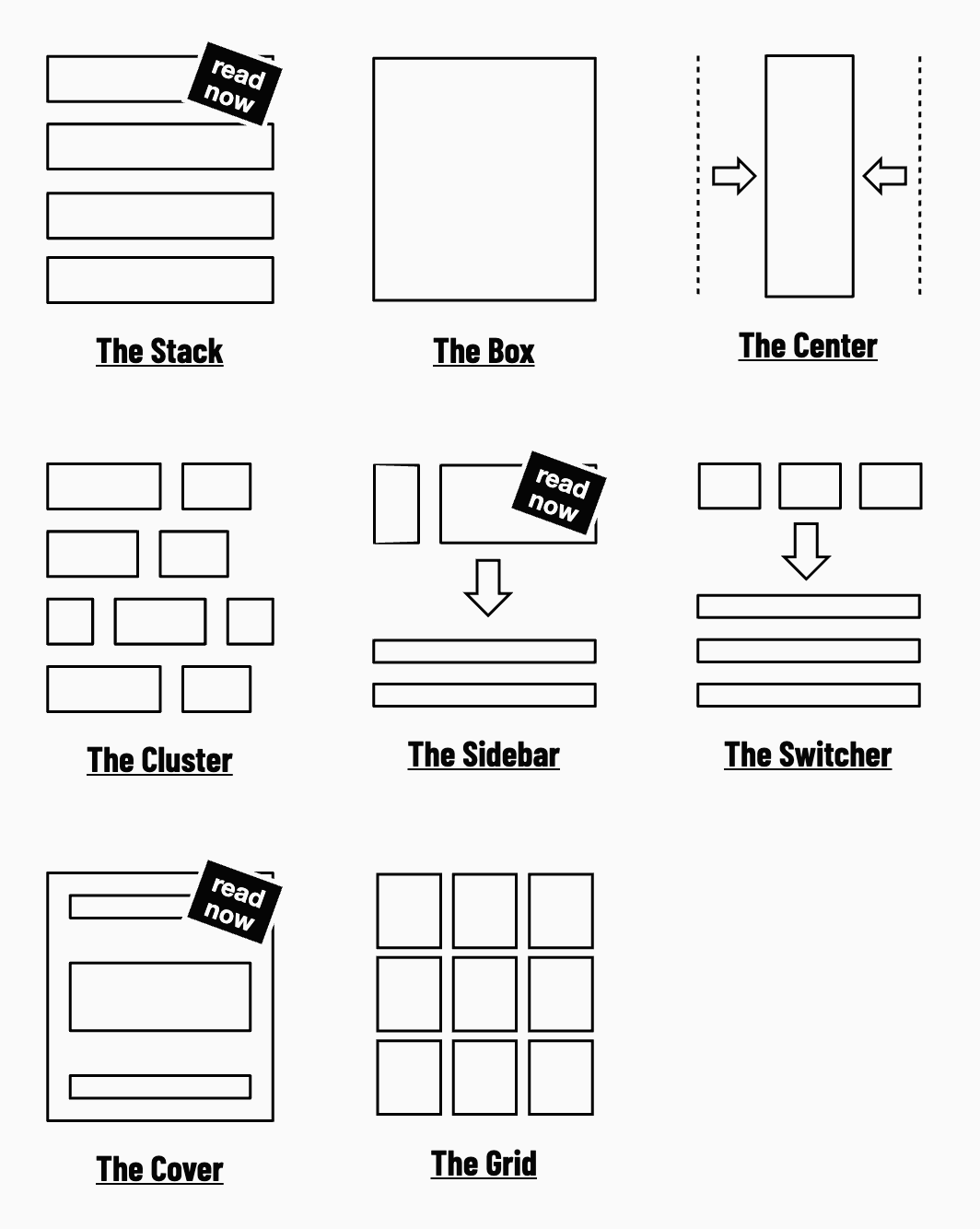 As just announced (on stage) at CSS Day by Heydon himself:

If you find yourself wrestling with CSS layout, it’s likely you’re making decisions for browsers they should be making themselves. Through a series of simple, composable layouts, Every Layout will teach you how to better harness the built-in algorithms that power browsers and CSS.

Employing algorithmic layout design means doing away with @media breakpoints, “magic numbers”, and other hacks, to create context-independent layout components. Your future design systems will be more consistent, terser in code, and more malleable in the hands of your users and their devices.