With the help of a team of experts and the latest in 3D scanning technology, Alexander Armstrong, along with Dr Michael Scott, explores the hidden underground treasures that made Rome the powerhouse of the ancient world. In his favourite city, he uncovers a lost subterranean world that helped build and run the world’s first metropolis and its empire.

I didn’t give it that much attention at first, yet as the show progressed I became more and more intrigued by the cleverness of the Romans (and of course by the stunning 3D visualizations).

To say that the Romans developed this wicked concrete (now known as “Roman Concrete”) based on lime and pozzolana which hardens even under water and lasts for decades — This in contrast to our modern day concrete that only hardens in air, and lasts for half a decade (if all goes well).

The 3D scanning itself was done by ScanLAB. 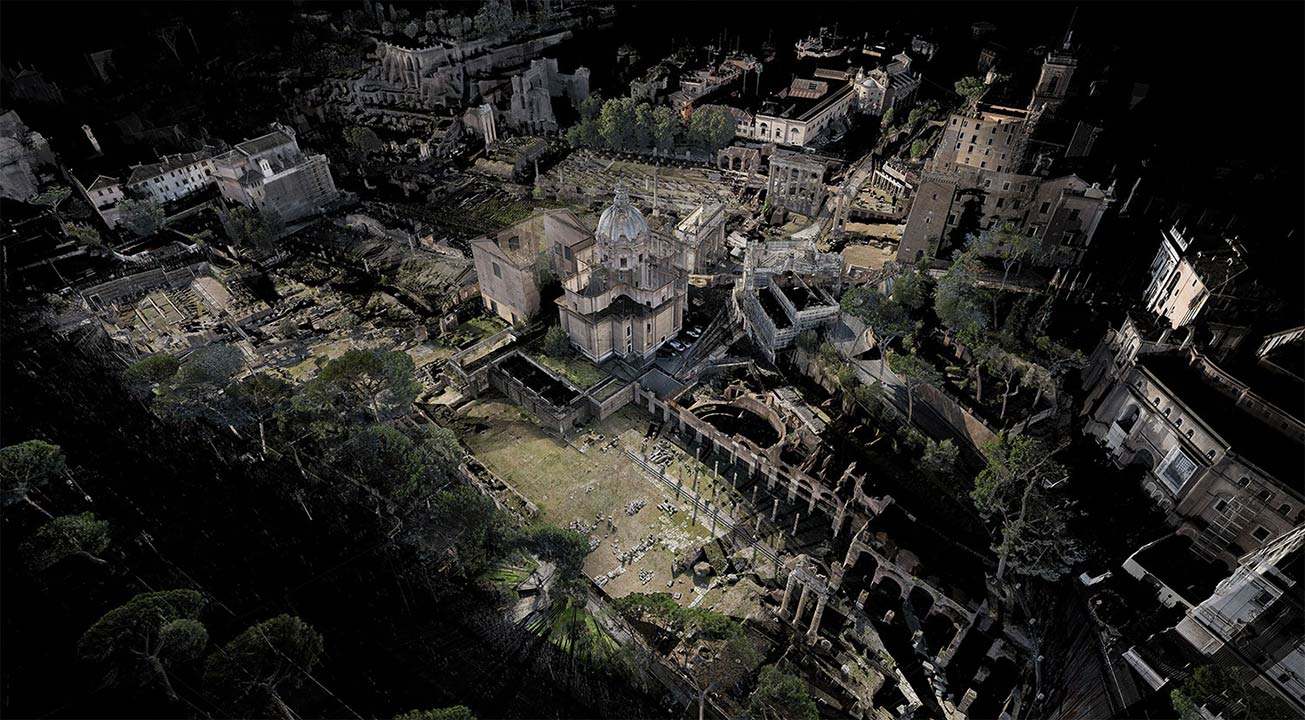 We journeyed via the icy, crystal clear waters of subterranean aqueducts that feed the Trevi fountain and two thousand year old sewers which still function beneath the Roman Forum today, to decadent, labyrinthine catacombs. Our laser scans map these hidden treasures, revealing for the first time the complex network of tunnels, chambers and passageways without which Rome could not have survived as a city of a million people.

👉 FYI: If you live in Belgium you can watch “Rome’s Invisible City” for free online on vrtnu, until March 21. A lesser legal version (and windowed) version is up on YouTube.