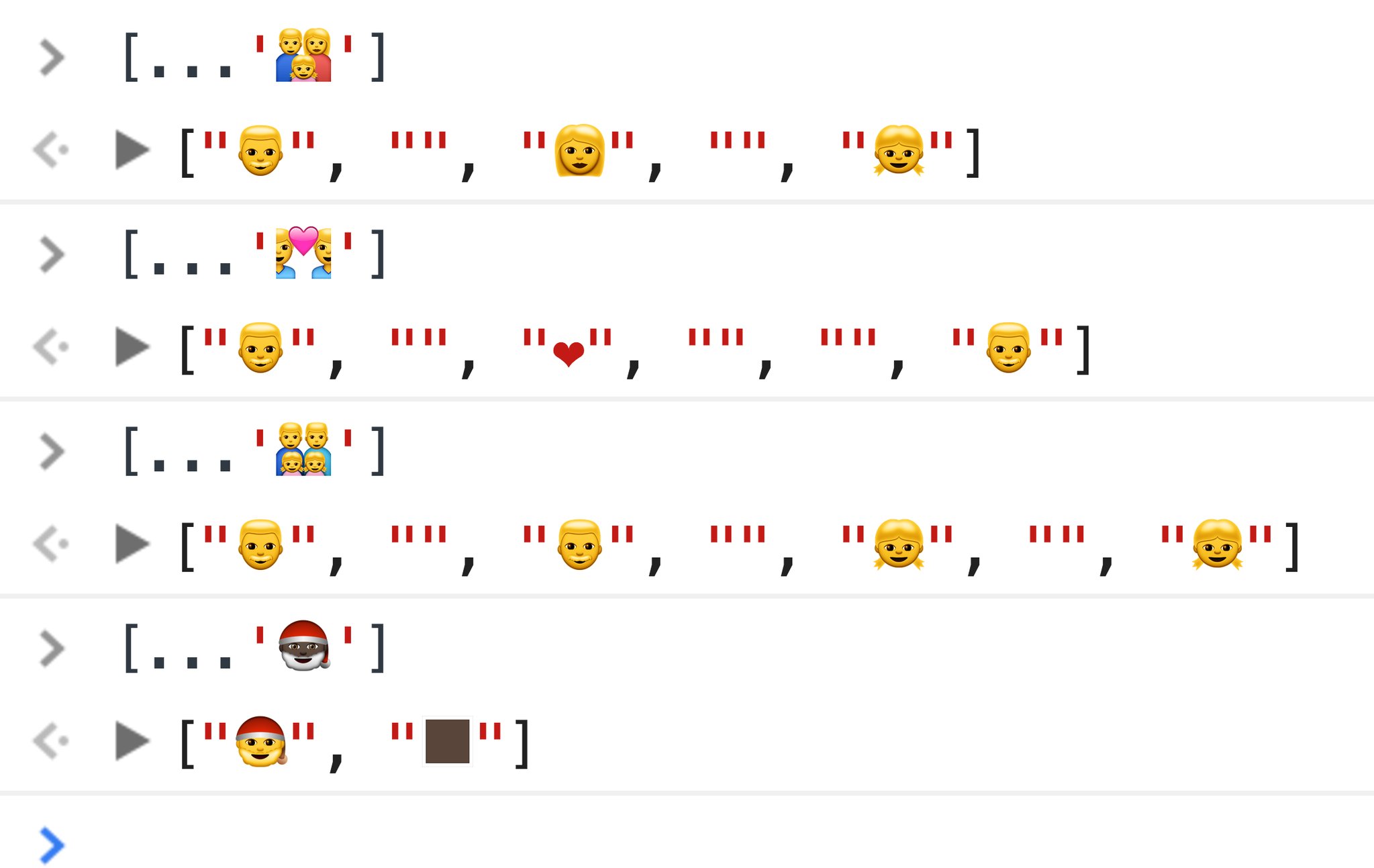 Today Wes Bos tweeted a few fun things one can do with JavaScript and Emoji:

The full list of Emoji ZWJ Sequences contains all possible sequences, and holds some (toe me) nice surprises. Take the rainbow flag emoji (🏳️‍🌈) for example: that actually is a combination of a white flag emoji and a rainbow emoji!