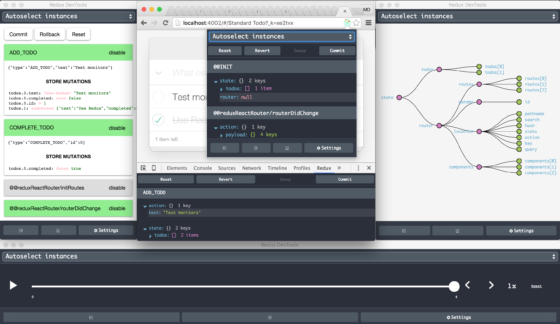 The Redux DevTools themselves are a live-editing time travel environment for Redux: