This blogpost is sparked by a conversation with, and blogpost by Joris, a lecturer IMD at Thomas More. 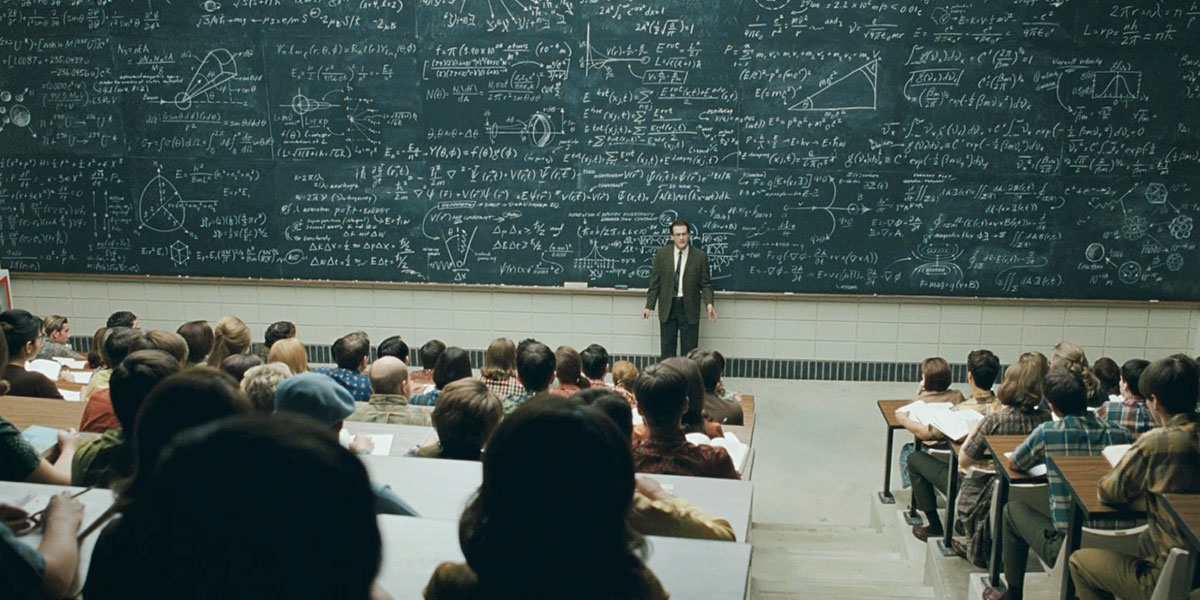 Every now and then I have a chat with a colleague lecturer, be it one from the Technical University I teach at (HUB-KAHO) or another TU (Howest, Thomas More, KDG, etc). A recurring theme in our conversations is workload and the fact that we — as lecturers in a quickly evolving and extensive domain — spend a lot more time on our jobs than people, including our bosses, assume. The actual preparation, research, time spent on experimenting, etc. vastly overshoots the time we get allotted on paper.

When a course is new in the curriculum a certain multiplication factor is taken into account, which is a good thing. There are also quite a few problems with the workload weights though:

On paper, the workload to teach Windows 101 to students in their first year weighs as much as teaching Web & Mobile Development to the third and final year of our study programme: they each — again: on paper — take up a bit more than 10% of my total assignment.

In practice the former requires only a minor amount of preparation as the basics of Windows — typing in a few DOS commands, creation of users, partitioning a drive, etc. — remain the same year after year. Above that the scope of the course is very limited and, in the eyes of an ITer, only touches very trivial stuff.

The latter however is something totally different as it covers all the hot stuff in web development at a level which requires a certain level of expertise. The Web & Mobile Course will quickly take up +20% of my time, excluding any study work. I’ve said it before and will say it again: It’s a very tough job to teach students things about the web. Let me quote myself:

The difficulty of the matter is not the issue here — sending a rocket to the moon is hard, HTML/CSS/JS isn’t — but constantly adapting the course materials to all new developments is. The courses I teach (HTML/CSS/JS/PHP) change every year and therefore require lots of preparation, research, and testing.

The domain we are active in, has expanded quite a lot over the past few years. Knowing a tad of HTML, a few lines of CSS and a notion of JS doesn’t cut it any more. Just look at this extensive list of browser technologies, which is only the tip of the iceberg. It is expected of me to know almost all of the items on that list. Along with all the frameworks. And tools. And best practices. Oh, and then multiply everything by 2 as I also teach PHP.

Above that our domain is in constant flux. As Richard Davey put it:

Be prepared to un-learn what you know every 6 months

And this is exactly where I’m at: constantly reading, trying out new things, trying to keep up … day in, day out. I hope I can keep up with this relentless pace of change. My boss directly above me sees that “us web folks” need to do a lot in order to keep up. The person responsible for our entire study domain sees that too (he used to be part of our team in the past, so he knows how fast IT can evolve), yet that’s where the acknowledgement stops. More than the appreciation of my colleagues and those two persons is all I can get, the ones above them — “upper management” — don’t know and don’t care.

Addendum: I am glad I can combine Windows 101 with Web & Mobile. The actual time spent on the former is below the estimated percentage, and compensates a bit of the extra hours effectuated for the latter.

As there is no official time allotted for experimenting, I — just like Joris — try to research and implement new methods/subjects by doing select freelance work under the 3RDS moniker. That way I immediately train my practical skills in a real-life situation. In these projects I sometimes add an extra for free, mostly when I want to try out something new. My first attempt at making a responsive website back in the day is a fine example of this. By doing that project:

It’s no secret that I make extra revenue from this work, yet I use the extra money gained to buy things I normally wouldn’t be able to buy. My MacBook Pro is a fine example of this, as the TU where I teach at doesn’t want to give me and my colleagues a laptop — I kid you not. I also re-invest the money earned by going to plenty of conferences which, sometimes, cost quite a lot of money.

Addendum: My employer also provides a budget to attend conferences. The budget is however limited.

To be complete: Last semester I was lucky enough they “found” some remaining budget and I could attend an expensive course on iOS Development, but that was a once in a lifetime lucky streak. The precursor course, touching Objective-C, I paid for myself.

An oh, here’s a shocker you might not expect: every single year I have to ask my TU for permission to do this extra freelance work, whilst they and my students directly benefit from it.

So why do I go the extra mile? I could just work the hours I’m meant to. Above that I don’t win anything from it — on the contrary: it comes at a cost for me and my family. Sunday bike rides for example don’t happen that often anymore, as I’m most of the time busy preparing content for the next lesson which is on Monday, 8AM (*).

I do go the extra mile because I want to. I just wouldn’t feel comfortable with delivering “Web Experts” that have no expertise at all. As a lecturer I’ve made a commitment not to myself but to the web community as a whole to try and deliver people who in their turn can try to make the web a better place.

It’s very sad to see that my efforts are not backed structurally from within our education system. Fortunately there are people such as Joris, Anthony, Geoffrey, and myself who put in all of their effort hoping that one day officials higher up the mountain will eventually see the light and acknowledge that things do indeed need to change.

Note that I’m not talking about a pay raise here. Merely taking the factors I’ve mentioned above into account when calculating workload would be a good start. Encouraging/supporting lecturers to do real-life projects and learn new stuff would be even better. A tri-yearly sabbatical of one semester for lecturers — where we go out on an internship to watch, learn, and help out at one or more companies to maintain/augment our practical knowledge — would be something I can only dream of. For example: In 2012, during summer recess, I landed a freelance job at Small Town Heroes. During the 4 days spent there I learned way more than I could ever have learned on my own in the same amount of time.

(*) This semester I’m experimenting with a new form of teaching which has let me regain my Sunday afternoons. This semester my students choose which topic we’ll cover next, research it on their own, and note their findings via Hackpad. After that we’ll, in group, share all findings and come to a consensus. In the meantime I’ll whip up an exercise for them to finish by the week after.

Until now this way of working has worked fine. Do note however that this only works because:

An extra gained by using this way of working is it also resembles a real-life situation for my students: if they ever start as web developer they’ll be often presented the unknown which they’ll have to research and implement on their own. Self-reliance is one of the main skills I want my students to have when they finish the study programme. 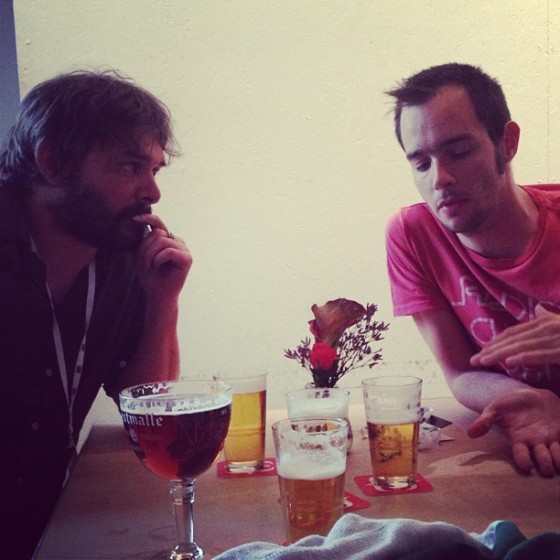 Vasilis and I, talking education at CSS Day 2013. Photo by @bengie.

I could write more on the subject of working as a lecturer in Belgium, yet let’s leave that for a later post. I do want to close with this (translation of) a tweet I once tweeted:

Next week the Fronteers interest group on education (Commissie Onderwijs) will get together. As a future member of this interest group, and having already talked with Vasilis quite a few times on the subject I’ll surely put this on the agenda. Perhaps this way we, united, can get the attention of the officials involved.

Related musings of mine, in which I elaborate on my job: