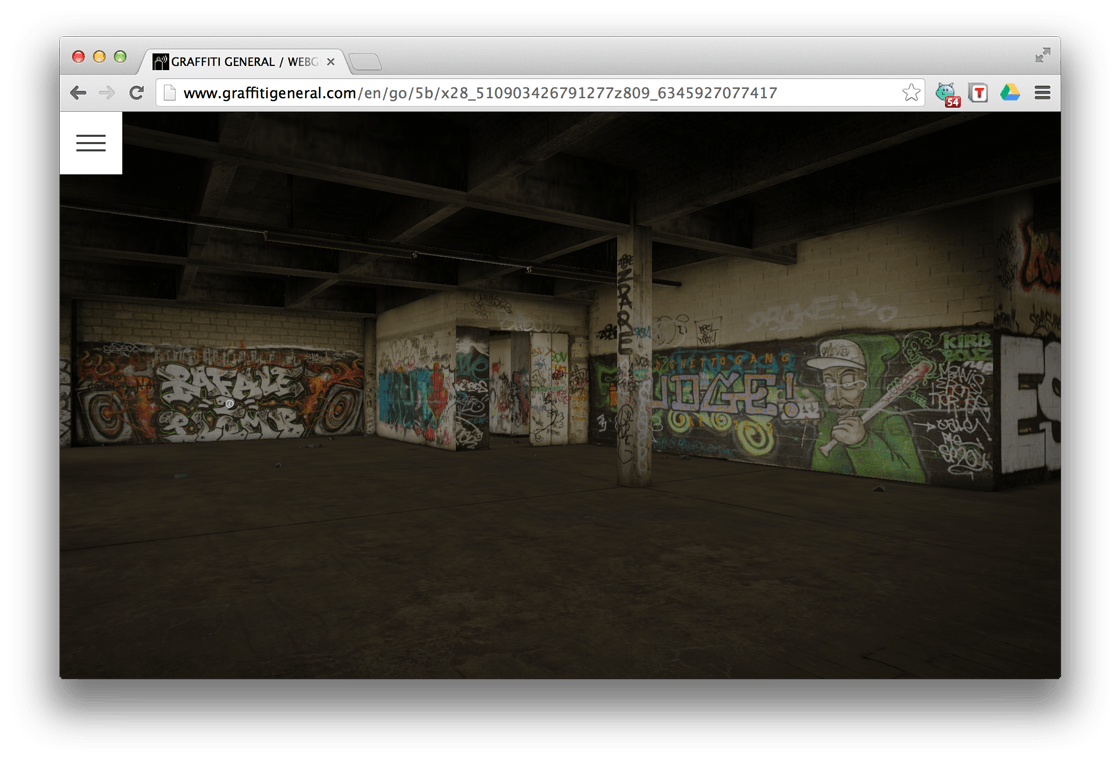 Graffiti General is an immersive WebGL plunge into an abandoned building near Paris and the countless graffiti works that it enshrines.

On the eve of it’s restoration, the memory of the building in its current state is preserved and accessible to everybody.

Graffiti General was made possible thanks to a combination of the very latest technologies: WebGL and ThreeJS on a HTML5 page.
20 000 M2 were thus 3D modelled and 5200 photos, the greatest amount of textures ever used, were colour corrected and integrated into the 3D model.