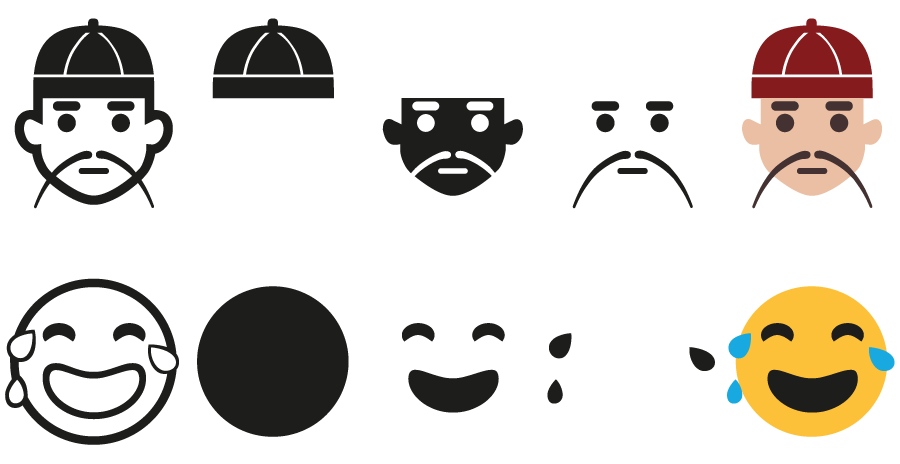 With Windows 8.1, Microsoft’s operating system now also supports color emoji. But they did it in a very different way than Apple and Google. Instead of using PNG images, they introduced a support for layered vector glyphs!

Reminds of that neat trick where one would layer webfonts/icofonts on top of eachother, all in a different color (e.g. Forecast Font).

Best thing above all about the technology: it’s backwards compatible.

Color Emoji in Windows 8.1 —The Future of Color Fonts? →