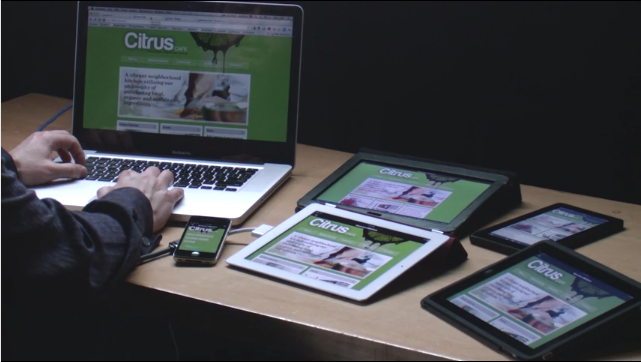 Adobe just announced that the aforementioned Adobe Shadow will be renamed to Adobe Edge Inspect.

We’d like to thank you for using Adobe Shadow during its free preview period on Adobe Labs. On September 24, 2012, we will announce and ship Adobe Edge Inspect, which will replace Adobe Shadow.

With this change, they’re releasing a free and full version

The free version has access to all of the full version features including Synchronous Browsing, Remote Inspection, Screenshots, cache clearing, localhost support, HTTP authentication, and HTTPS support – but is limited to one concurrent device connection.

And yes, the full version will cost you some money: $9.99/month or included in your Creative Cloud membership.