UPDATE SEPTEMBER 2013: PS_Bramus.GoogleMapsTileCutter has been updated and now includes a nice UI dialog. A video of the new version in action can be viewed on YouTube. The download link below links to the latest version, so no worries there.

Last week, I coded a Google Maps Tile Cutter script for use with Adobe Photoshop. The script automatically cuts/carves a very large image you’ve opened in Photoshop into tiles which you can immediately use in Google Maps. 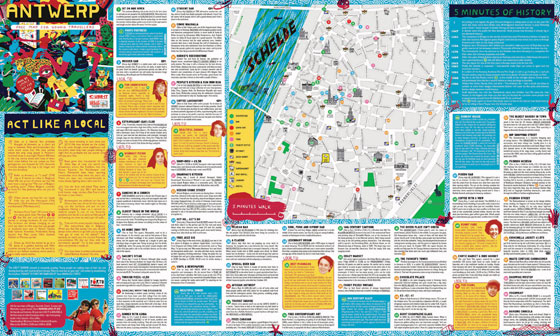 The script in action

Note: the flickering is due to the constant canvas resizing that needs to happen

The resulting tiles, ready for use with Google Maps

A live example of an integration is available at http://bramus.github.com/photoshop-google-maps-tile-cutter/example/

The resulting tiles can be used directly in Google Maps by setting up a custom map type, using a google.maps.ImageMapType instance

A fully working example is included in the examples directory that came with the download of PS_Bramus.GoogleMapsTileCutter. Just drop in your tiles and it will work.

A live example is available at http://bramus.github.com/photoshop-google-maps-tile-cutter/example/

PS_Bramus.GoogleMapsTileCutter is built by Bram — Bramus! — Van Damme and is based upon the Automatic Tile Cutter by Will James, Curtis Wyatt, and Nate Bundy.

Basically PS_Bramus.GoogleMapsTileCutter is an improved, cleaned up and optimized version derived from their work.