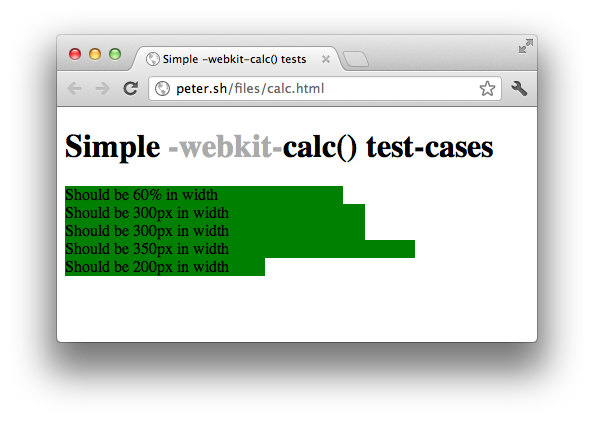 As mentioned before, CSS calc() was about to come to Chromium/Chrome (Webkit). Since about a week ago, the first part of the implementation has landed into the Canary builds:

Adds calc expressions to CSSPrimitiveValue. This enables simple (ie no mixing of percents with numbers/lengths) expressions to be evaluated on most properties.

No mixing yet, but quite sure that’ll land with the next commit 🙂