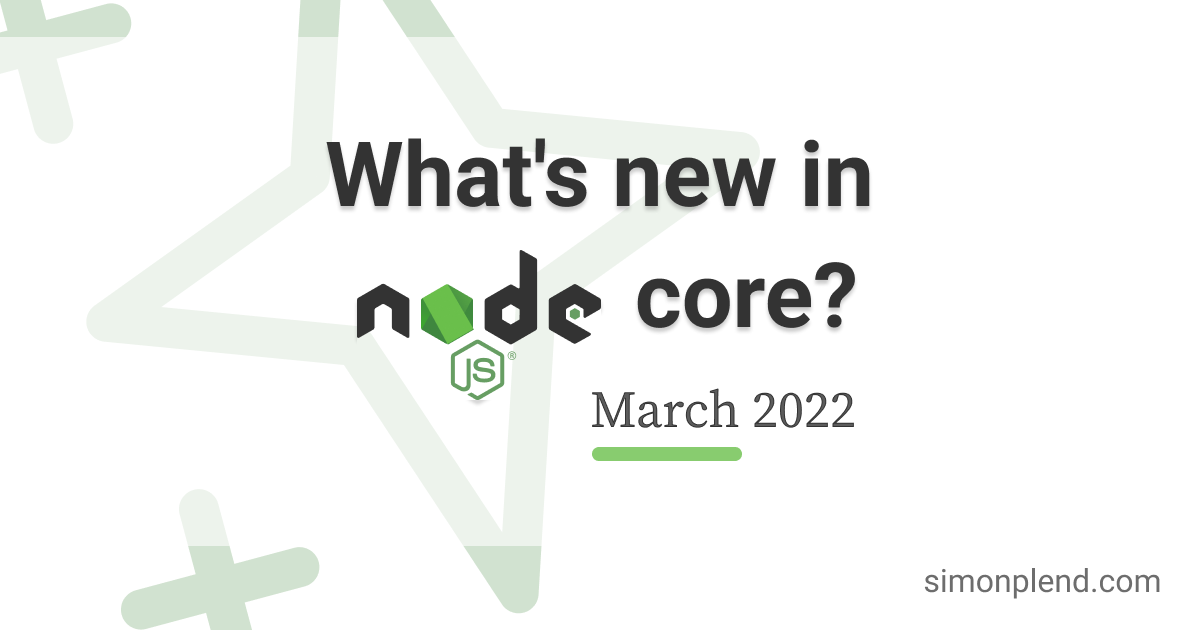 Simon Plenderleith gives a roundup of the new stuff that landed in Node since September 2021.

I’m especially excited about native fetch() support making it into Node 17. Note that you must enabled it using the --experimental-fetch flag, though.