Recently Banksy put up a new work on the walls of a defunct prison in England. The work depicts a prisoner escaping, dangling off the wall using a long strand of paper emerging from a typewriter, instead of the usual bedsheets. 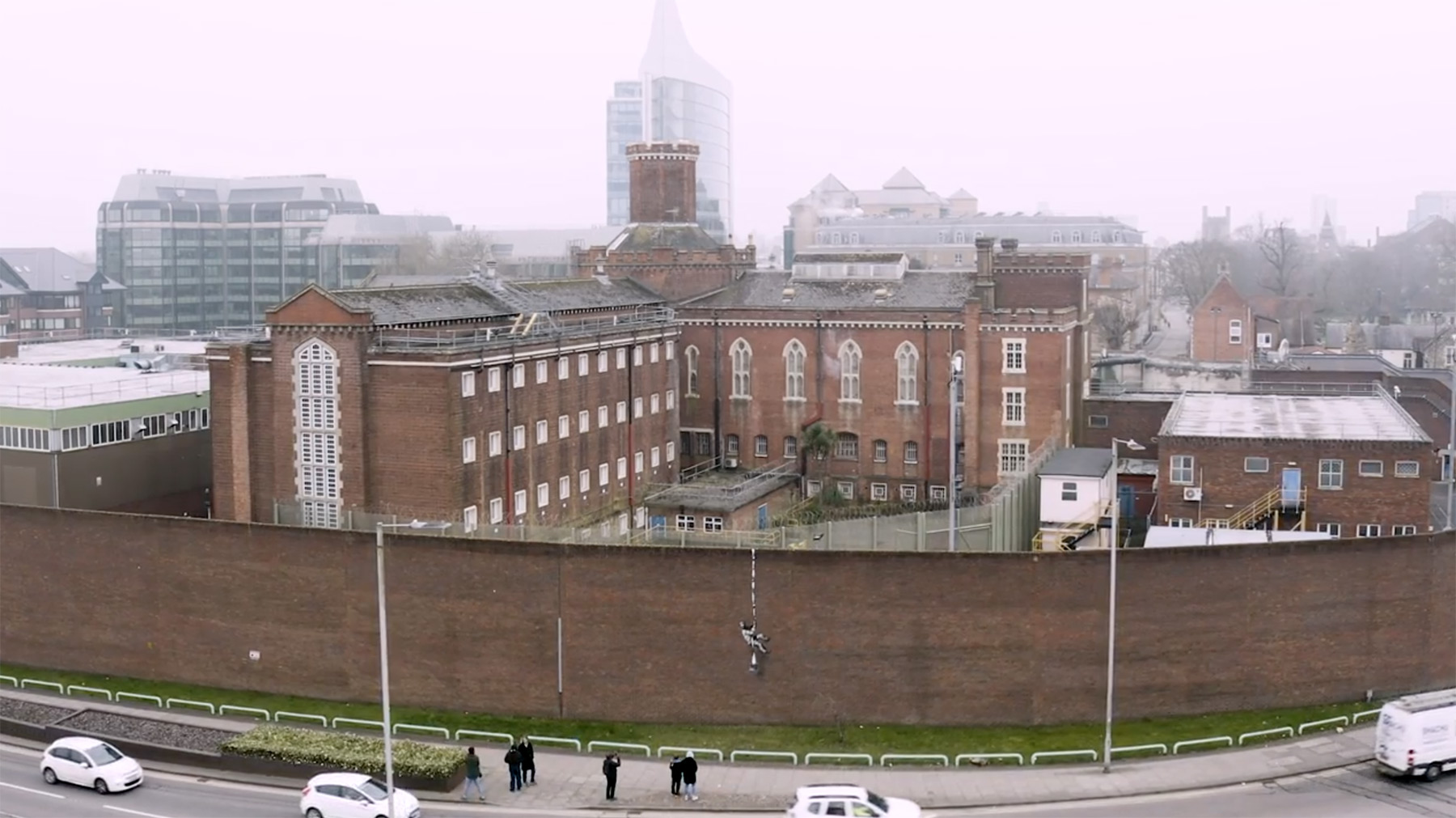 Taking footage and audio from Bob Ross’ The Joy of Painting they also released a “behind the scenes” video to go along with it: