Last night — inspired by the Paint Worklet demos on Houdini.how — I decided to give Houdini a spin myself and created my own Paint Worklet. The result is css-houdini-circles which draws a bunch of random circles on the background.

As a user you can configure the number of circles, the size range, the opacity range, and the colors to use. In true Houdini style these are all configured using CSS Custom Properties.

Here’s a CodePen demo for you to play with: 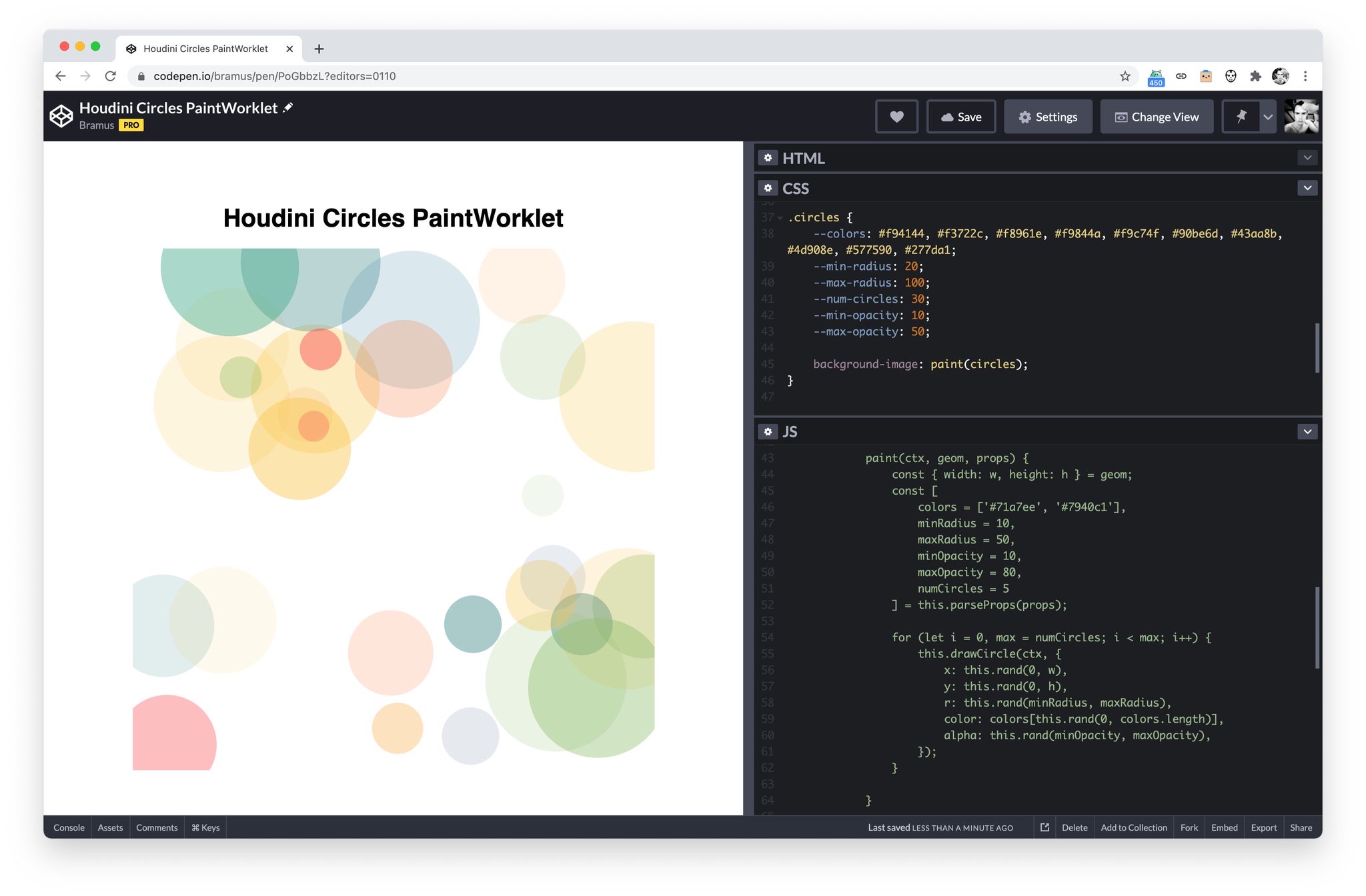 What first started out as a demo on CodePen, eventually led to me creating and publishing it as a package on NPM.

Furthermore I also created a pull request to add the site to the Houdini.now website. I was quite surprised to learn it already got merged and is already published on the website 🙂

Feel free to fork the repo to have a starting point to creating your own Paint Worklet. If you know how to work with HTML canvas, I’m confident you’ll find it very easy to do so.