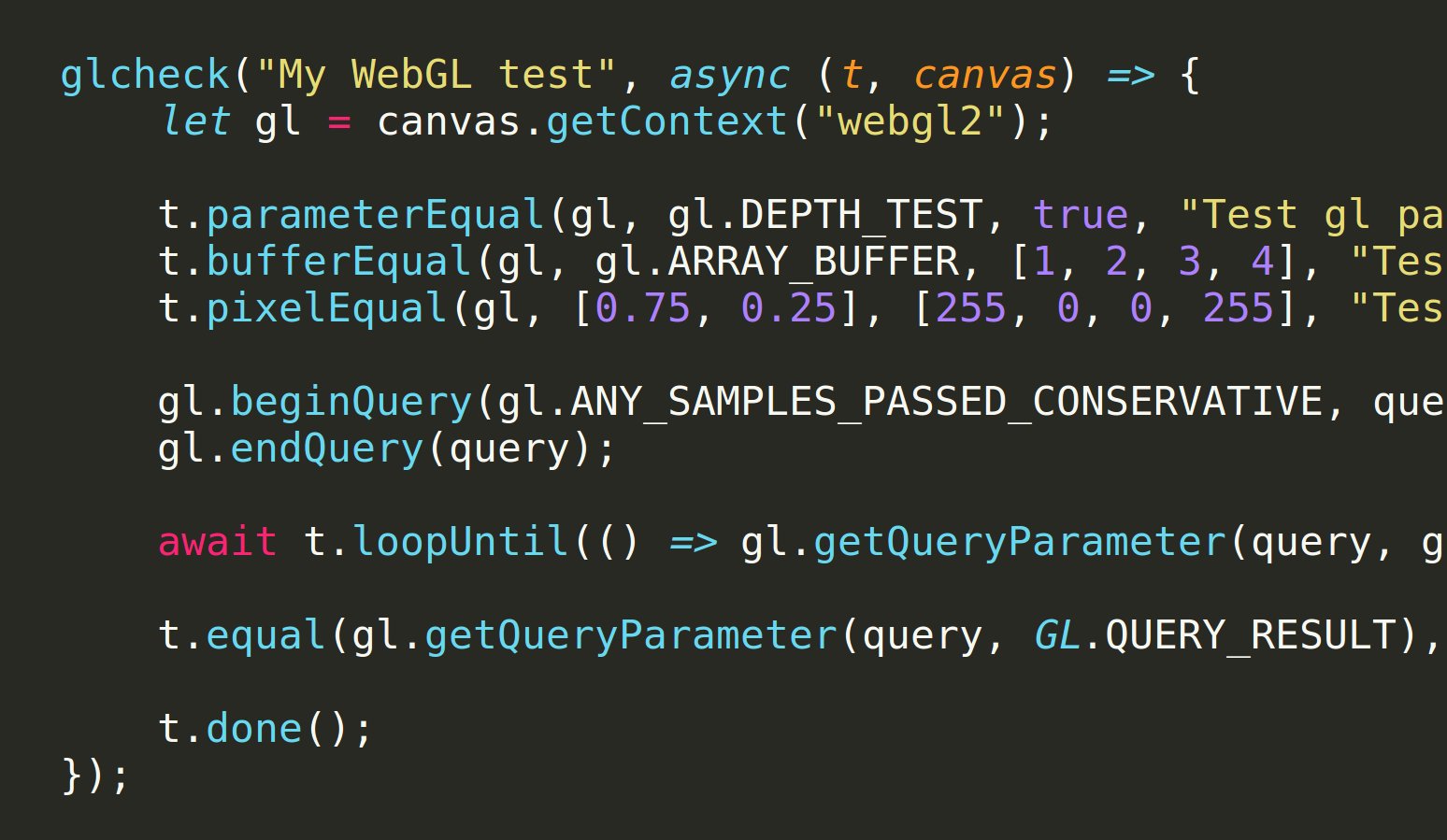 glcheck is a WebGL-focused testing framework. It runs unit and render tests using puppeteer which allows it to run automated tests and generate coverage reports for both WebGL 1 and 2 applications.