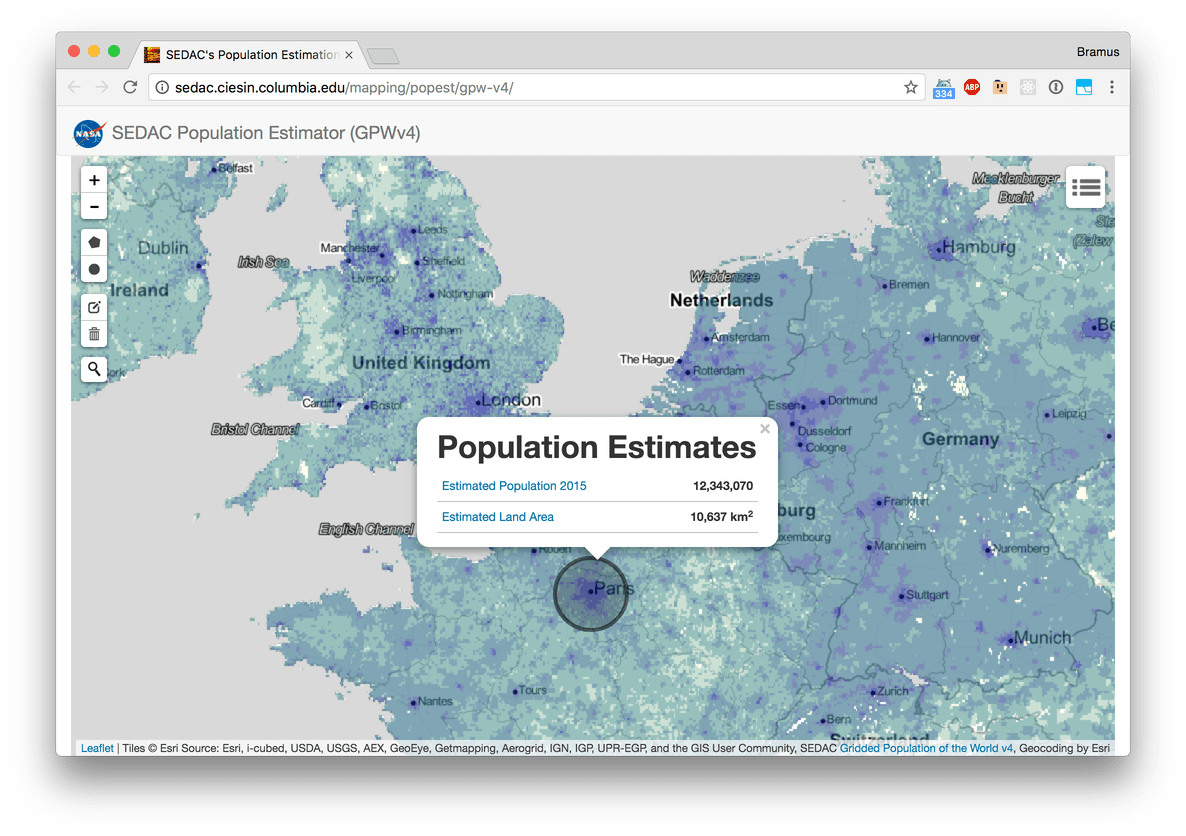 The Population Estimation Service is a Web-based service for estimating population totals and related statistics within a user-defined region. It enables users of a wide variety of map clients and tools to quickly obtain estimates of the number of people residing in specific areas without having to download and analyze large amounts of spatial data.