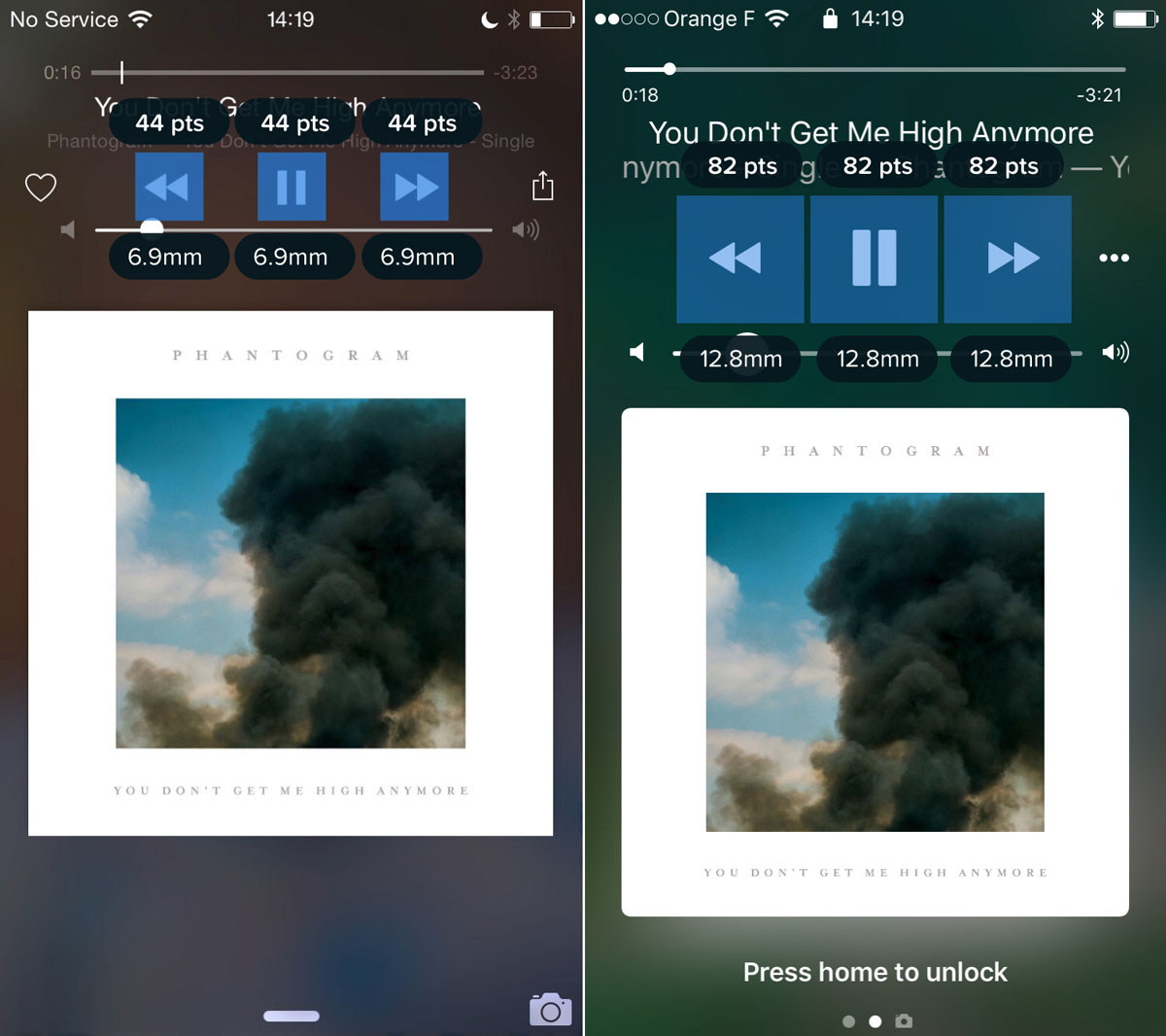 Since the average human finger pad is 10 to 14mm — and the average fingertip is 8mm to 10mm we can pretty easily define a range for what constitutes a “truly tappable UI:”

A truly tappable UI is built with elements that are at minimum around 10mm, with the optimum touch element size around 13mm.

Apple’s HIG (which have been around for quite some time now) still recommends 44 points (~7mm) as the minimum, yet Apple themselves seem to be preferring bigger hit areas since iOS10.

With the release of iOS10 the iTunes controls grew from ~7mm to 12.8mm (which is close to the optimum value of 13mm), as pictured above. I guess the bigger phones have to to something with that.