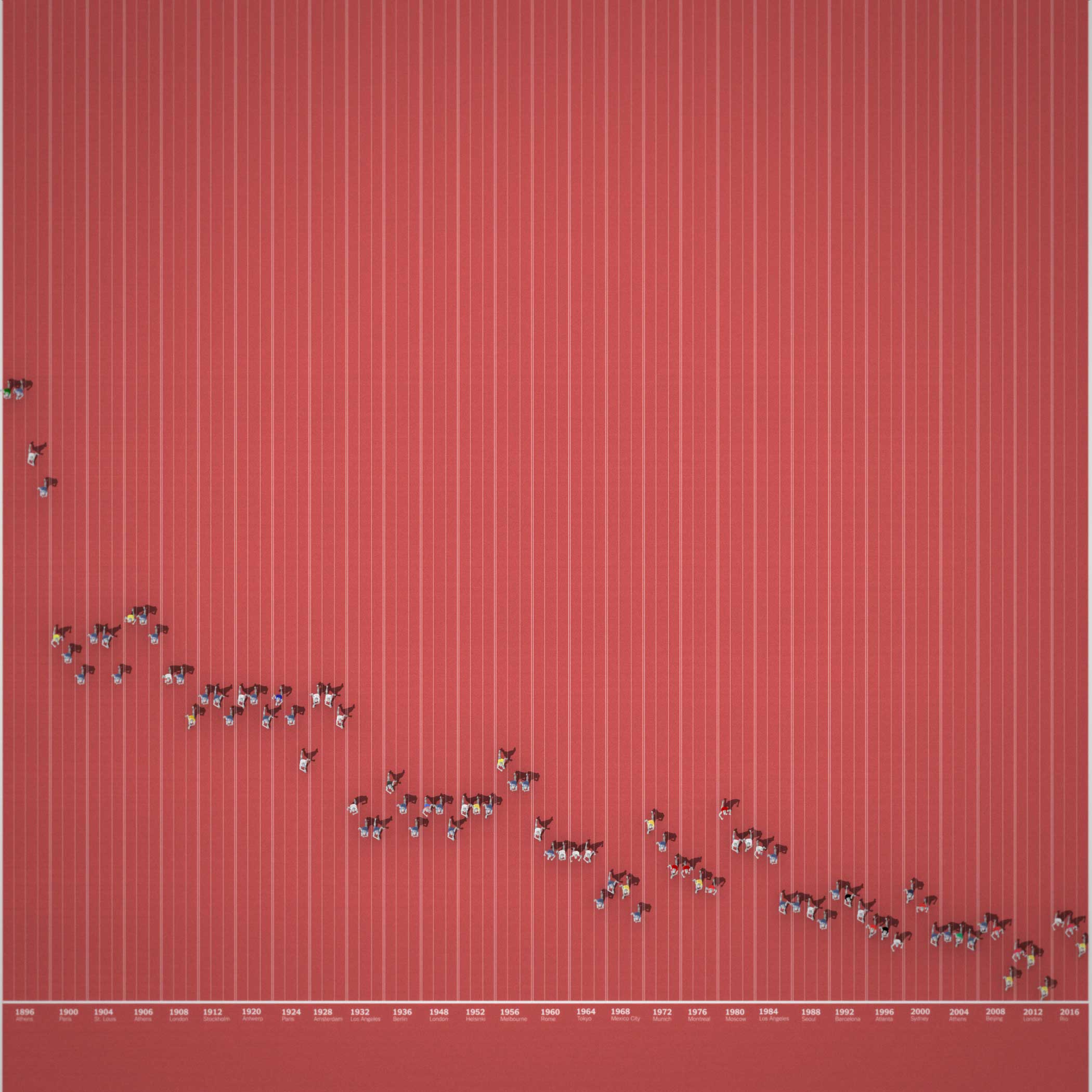 Yes, that’s Bolt there in the down right corner. What I find peculiar is that the finish times seem to improve in jumps (and now seem to have stabilized). For example: what happened in 1932 that resulted in a huge improvement? Also take a look at 1984 and you’ll see Carl Lewis – of whom its known that he has taken illegal substances – finish way before all other contestants.

More visualisations in the article itself.