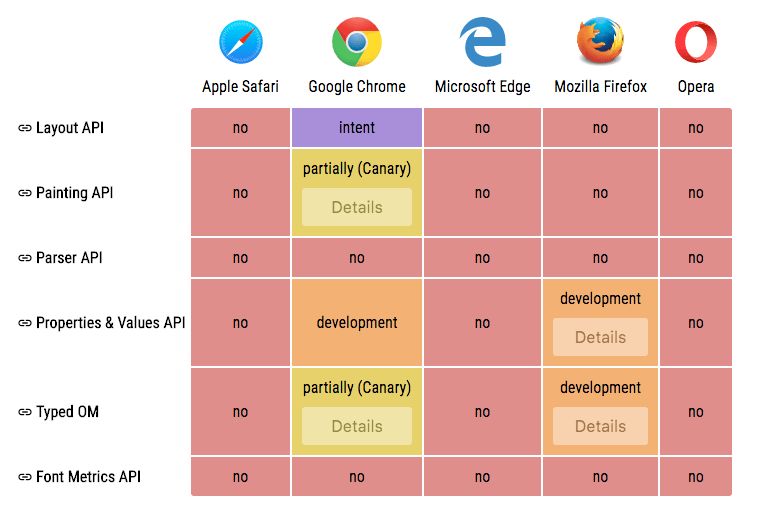 “Is Houdini ready yet‽” is a dedicated page to tracking the status of Houdini.

But what is Houdini? Here’s a snippet from Smashing Magazine:

Imagine how much nicer your development life would be if you could use any CSS property and know for sure it was going to work, exactly the same, in every browser. And think about all of the new features you read of in blog posts or hear about at conferences and meetups — things like CSS grids, CSS snap points and sticky positioning. Imagine if you could use all of them today and in a way that was as performant as native CSS features. And all you’d need to do is grab the code from GitHub.

This is the dream of Houdini.

The Houdini task force has introduced several new specifications that will give developers access to all parts – instead of just the DOM/CSSOM part – of the rendering pipeline. The chart below shows the pipeline and which new specifications can be used to modify which steps.

With Houdini’s APIs one could – for example – implement the Masonry or Grid Layouts, running them at native speed instead of as a script/polyfill:

Is Houdini ready yet‽ →
Houdini: Maybe The Most Exciting Development In CSS You’ve Never Heard Of →