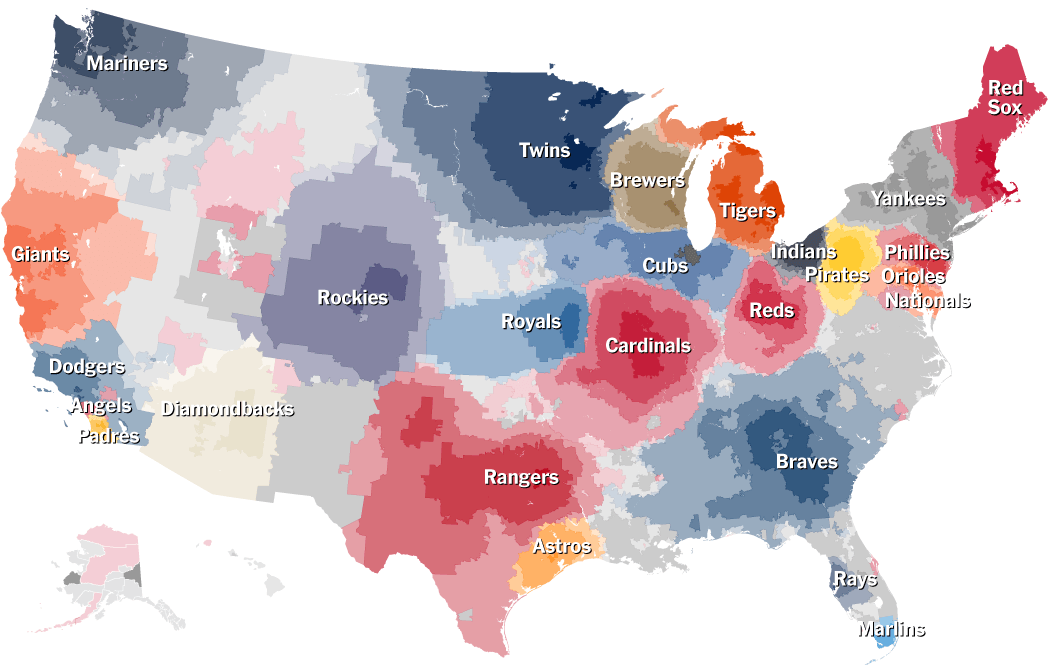 Baseball fans may not list which team they favor on the census, but millions of them do make their preferences public on Facebook. Using aggregated data provided by the company, we were able to create an unprecedented look at the geography of baseball fandom