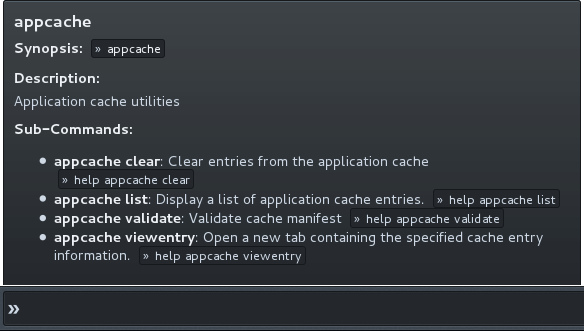 A new command for the Firefox Command Line (part of the Developer Tools) named appcache to manipulate/inspect the appcache. As someone commented on the original post:

Somebody has recently pointed out that the appcache is still a douchebag but at least Firefox now has a way to tell us why.

The Application Cache is no longer a Douchebag →

Note: here’s the original Application Cache is a Douchebag article.