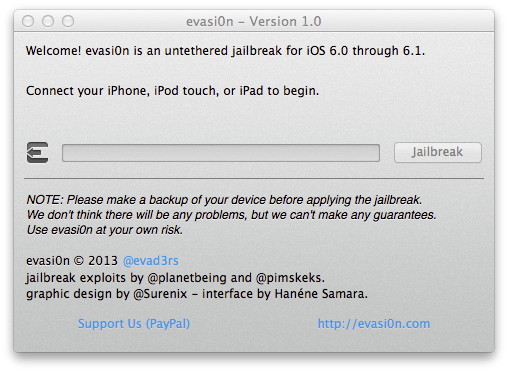 Evasi0n’s userland component is very unique, because it is entirely filesystem-based. It doesn’t require memory corruption to escalate privileges from mobile to root. Perhaps it was named evasi0n because it evades all the userland exploit defenses instead of attacking them head-on.