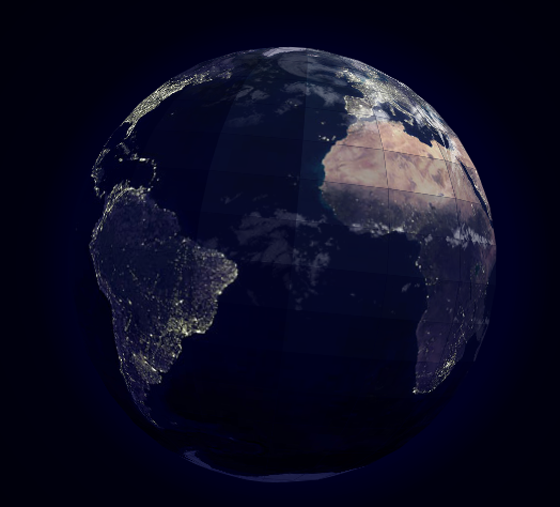 Using CSS 3d to create an earth with shading and layers. It is not as good as using WebGL but it theoretically works on iPad.