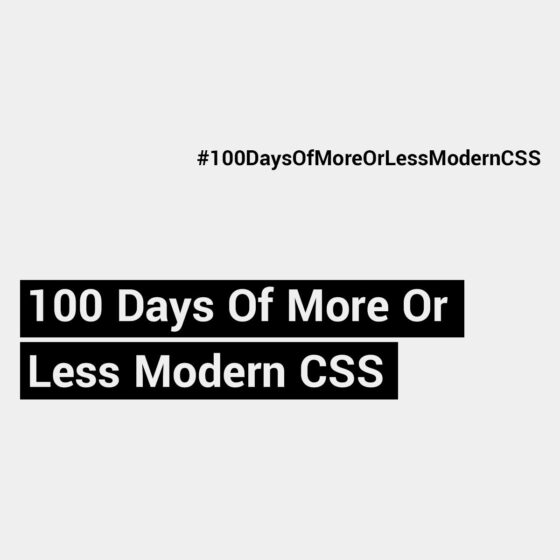 It’s time to get me up to speed with modern CSS. There’s so much new in CSS that I know too little about. To change that I’ve started #100DaysOfMoreOrLessModernCSS. Why more or less modern CSS? Because some topics will be about cutting-edge features, while other stuff has been around for quite a while already, but I just have little to no experience with it.