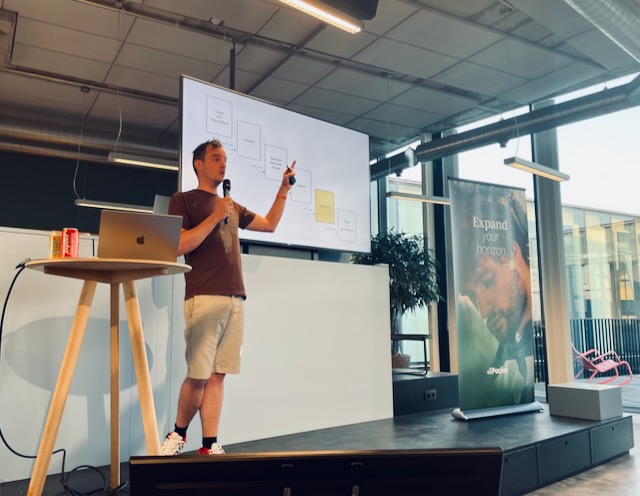 Yesterday I attended the April 2022 “Full Stack Ghent” Meetup, at the offices of In The Pocket. The evening consisted of 8 lightning talks. Being part of the speaker line-up, I kicked off the meetup with a talk titled “The C in CSS”.

CSS is short for “Cascading Style Sheets”. But what exactly is this cascade, and how does it work? Let this talk enlighten you.

The slides are up on slidr.io, and also embedded below:

ℹ️ The talk is a (heavily) trimmed down version of a full talk in the CSS Cascade, which I’ll be giving at several upcoming conferences (Web Directions Hover, CSS Day, …)

I was very happy to attend this meetup — my first (public) in-person one after a very long time — especially as it had been canceled two times already (in as many years) due to COVID. I don’t think I’m alone in this, given that there was a turnout of ±130 (!) people.

Thanks to the organizers for having me, and thanks to the other speakers as well for giving their talks. It was a varied mix of frontend, backend, ops, and even RegExes. I hope you all had fun attending my talk — I know I had making it (and whilst bringing it forward) — and perhaps you even learned something from it along the way 🙂

💁‍♂️ If you are a conference or meetup organiser, don't hesitate to contact me to come speak at your event.