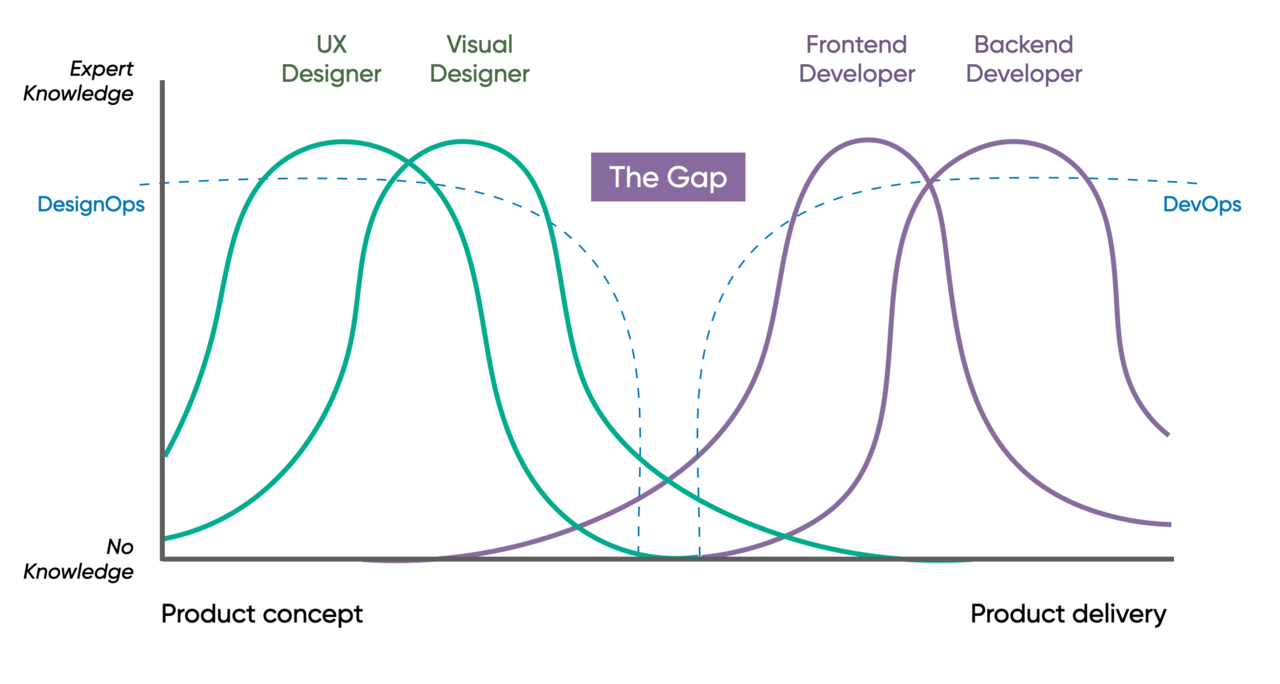 Egor Kloos on closing the gap between design and development:

I have never worked anywhere where there wasn’t someone trying to close the gap. This role is often filled in accidentally, and companies are totally unaware of the need. Recruiters have never heard of it, and IT consultancies don’t have the capability in their roster. We now name the role “Design Engineer” because the gap is widening, and the role has become too complex to not exist.

I like to consider The Gap as the part in the organisation where I thrive the most, spanning up to the role of Backend Developer and with an eye for UX and Design.

Don’t wholeheartedly agree with the fact that the role is entirely new though: when I started out professionally 15+ years ago, we called this person “The Slicer” instead of the Design Engineer / UI Engineer.