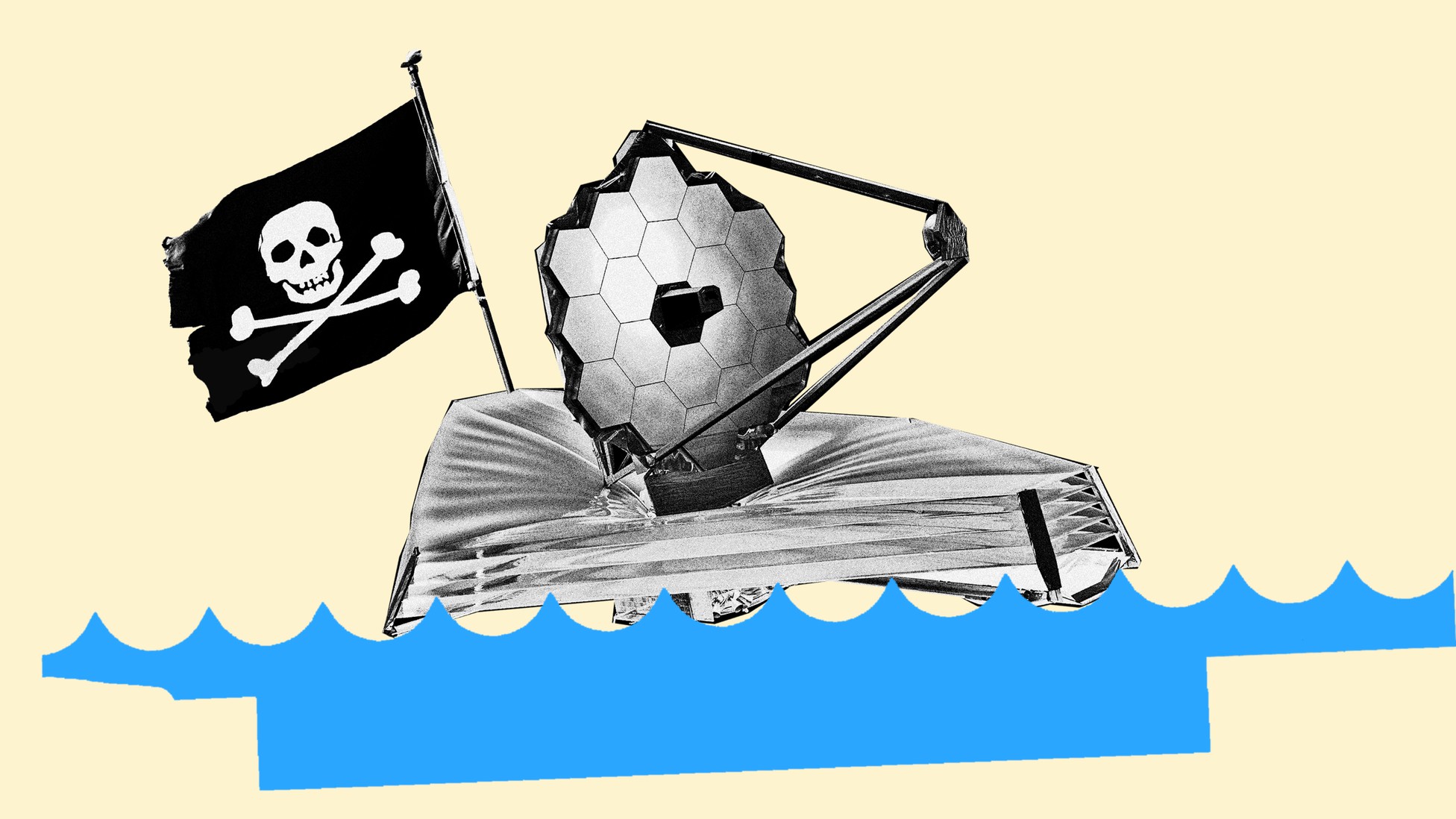 On YouTube I follow SmarterEveryDay. The latest published video is about the James Webb Space Telescope (JWST).

The James Webb Space Telescope is an orbiting infrared observatory that will complement and extend the discoveries of the Hubble Space Telescope, with longer wavelength coverage and greatly improved sensitivity. The longer wavelengths enable Webb to look much closer to the beginning of time and to hunt for the unobserved formation of the first galaxies, as well as to look inside dust clouds where stars and planetary systems are forming today.

Destin had the honour to interview Dr. John Mather on the subject:

Someone in here is a $10B space telescope.

As the JWST is too big to drive or fly, it’s being shipped to its launch site. To get there it has to pass the Panama Canal.

What surprised me is that small “And decoy(s)” addendum. Turns out pirates like to get their hands on satellites and other expensive stuff …

Telescopes are strange, elaborate, expensive objects, and they attract attention. (Webb is particularly enticing; with 18 gold-plated mirrors arranged in a honeycomb shape, the instrument will be perhaps the most ornate telescope in space.) The history of astronomy research is sprinkled with shipping mishaps and sinister plots, driven by very earthly motivations.

Who Would Kidnap a Space Telescope? →