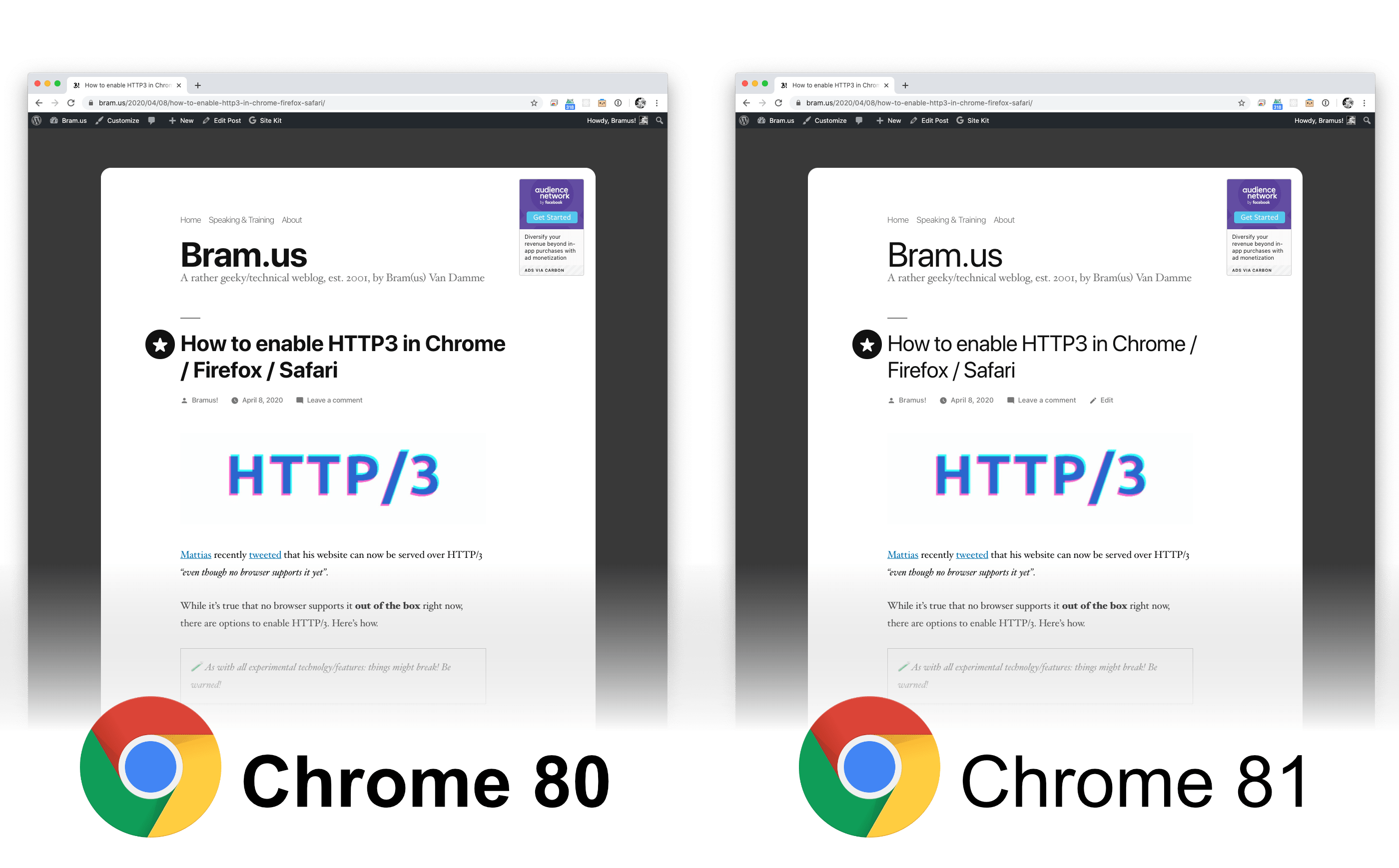 UPDATE 2020-04-28: Good news everyone! A workaround for this bug has landed in Canary (Chromium 84) and will be merged into the M83 release! The workaround described here still applies for Chromium 81.

As detailed before there’s this bug that shipped with Chromium 81 which somehow prevents the font-weight CSS property from being applied on the BlinkMacSystemFont font. Quite annoying, as that font is part of the widespread system font stack and affects all modern versions of macOS.

The Chromium bug itself is marked as a blocker for Chromium M83 – the next Chromium version – but as far as I can tell there’s no real progress being made on it. Above that the M83-based build of Google Chrome won’t start shipping until May 19, so we’re stuck for at least another month with this issue. Other browsers (such as Edge, Brave, etc.) might ship their M83-based build even later.

As a workaround, some users have suggested to simply not use SF Pro (which is the outcome of using BlinkMacSystemFont) but that’s quite a hard measure I must say. Thankfully there’s a better solution. Thanks to Twitter I’ve come to known that the Inter font family is practically a drop-in replacement for SF Pro. 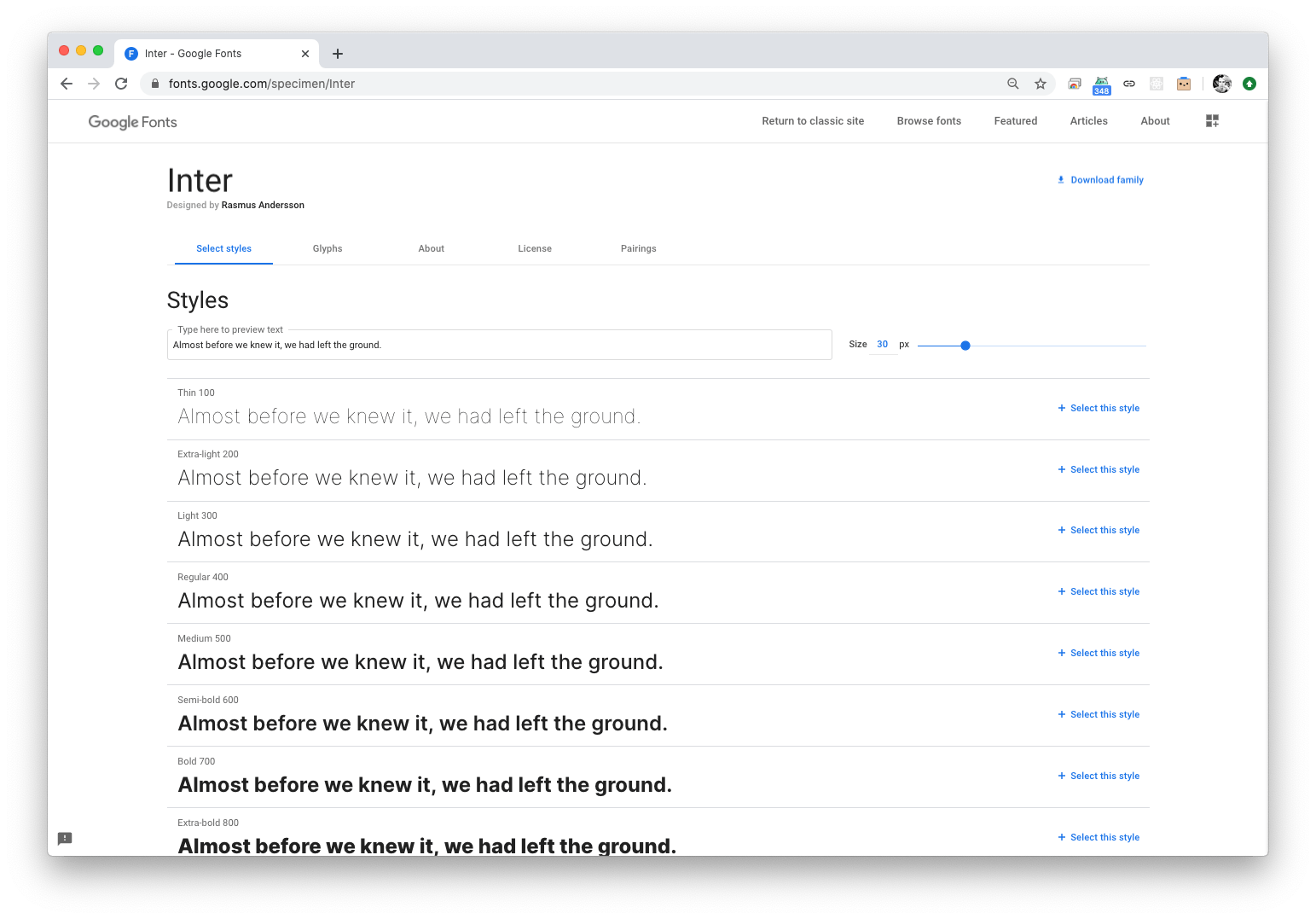 Here on bram.us I’ve adjusted my font stack to no longer use BlinkMacSystemFont and load Inter – served by Google Fonts – instead. To preserve other platforms to load their own system font, I’ve added Inter somewhere at the back of the line.

Here’s a diff of my CSS:

💡 Note that in the snippet above I’m loading all available font-weight Inter supports. It’s recommended to limit this and only load the font-weights you actually need. You can do this via the Google Fonts website

With this adjustment in place my website looks quite decent again. Let’s hope the Chromium team can fix this issue soon. In the mean time we can use Inter as workaround.