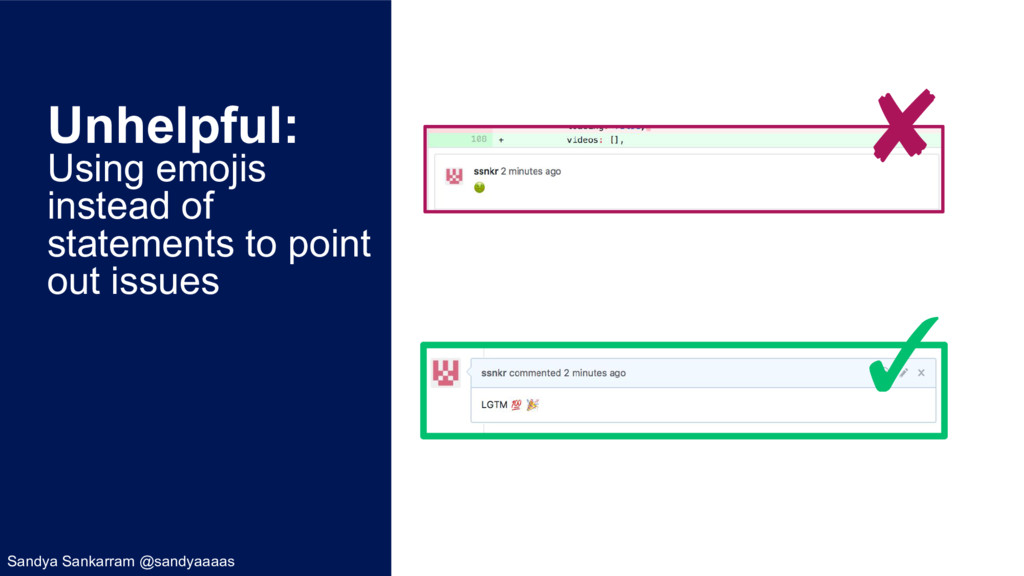 Sandya Sankarram recently tweeted out this nice list of behaviors to avoid in code reviews:

In an accompanying blogpost she goes deeper into this list. Worth a read, as being polite comes at no cost: Unlearning Toxic Behaviors in a Code Review Culture →