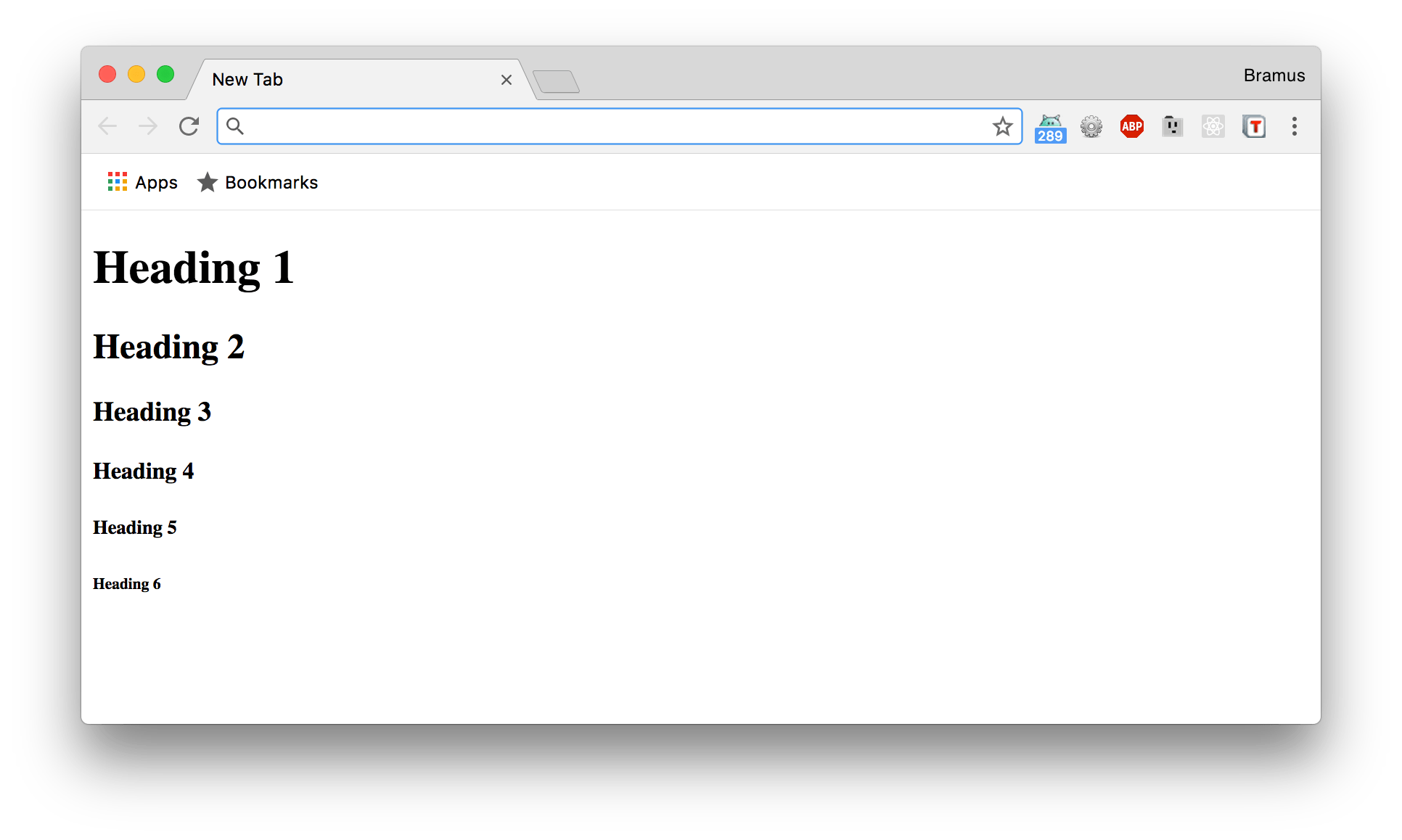 Great insightful post by Jake Archibald on the generic <h> element, which could act as a replacement for the current set of <h1>, <h2>, <h3>, …

I always thought this to be a good case, as it’d would allow you to move components around in the DOM, and the “importance”
of the heading would be defined based upon its position/nesting level (e.g. the outline algorithm).

The suggestion is that <h> would solve this, as browsers would implement it & do the right thing in terms of the accessibility tree.

This is a common mistake in standards discussion – a mistake I’ve made many times before. You cannot compare the current state of things, beholden to reality, with a utopian implementation of some currently non-existent thing.

If you’re proposing something almost identical to something that failed, you better know why your proposal will succeed where the other didn’t.

We need evidence. And the first step is understanding what went wrong with the previous proposal.

Do we need a new heading element? We don’t know →