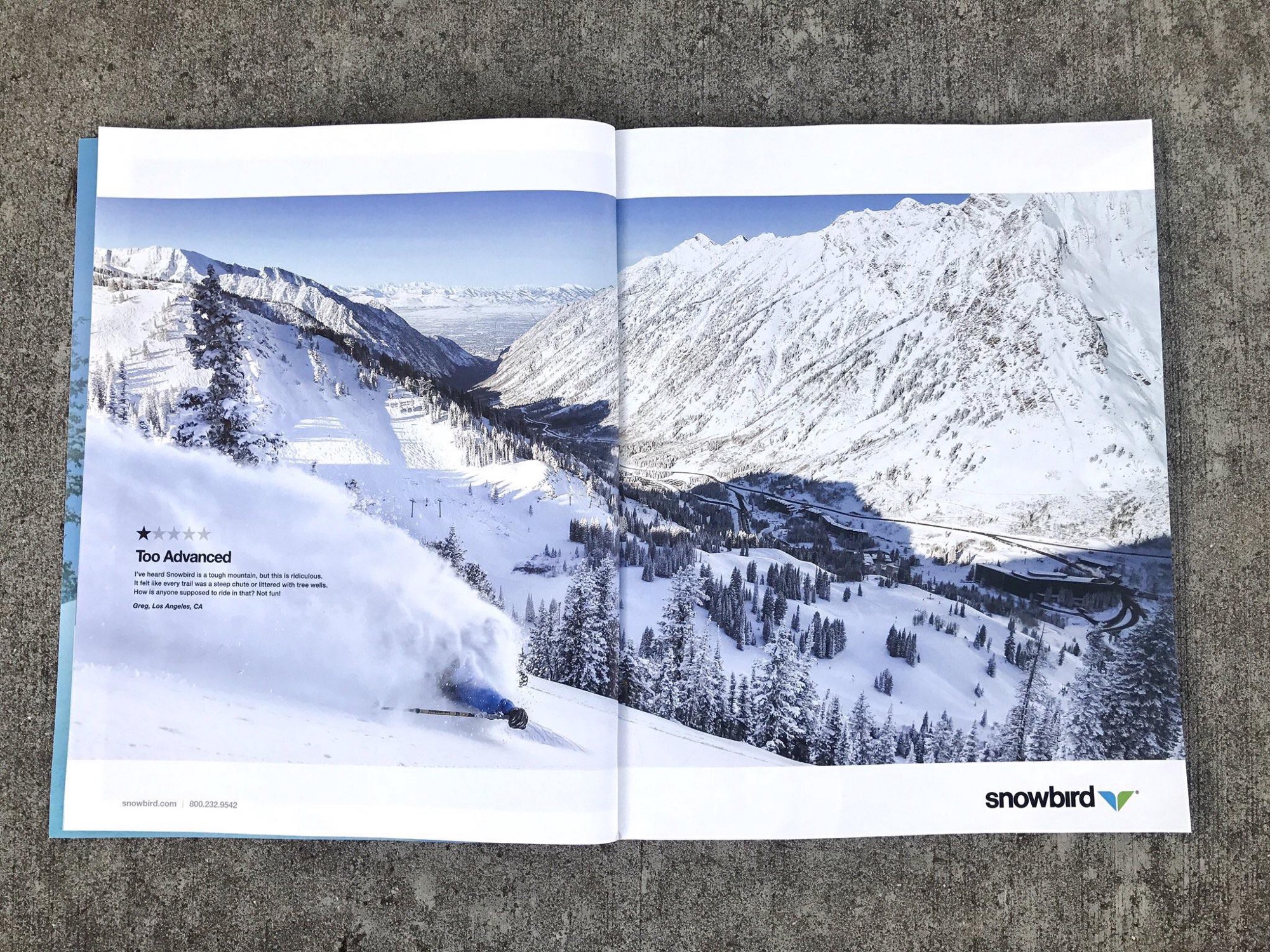 Not all bad reviews are bad:

Snowbird is a resort in Utah known for its difficult slopes. After some bro named Greg from L.A. gave them a 1-star review because the mountain was mean to him, they created a print advertisement starring his review.