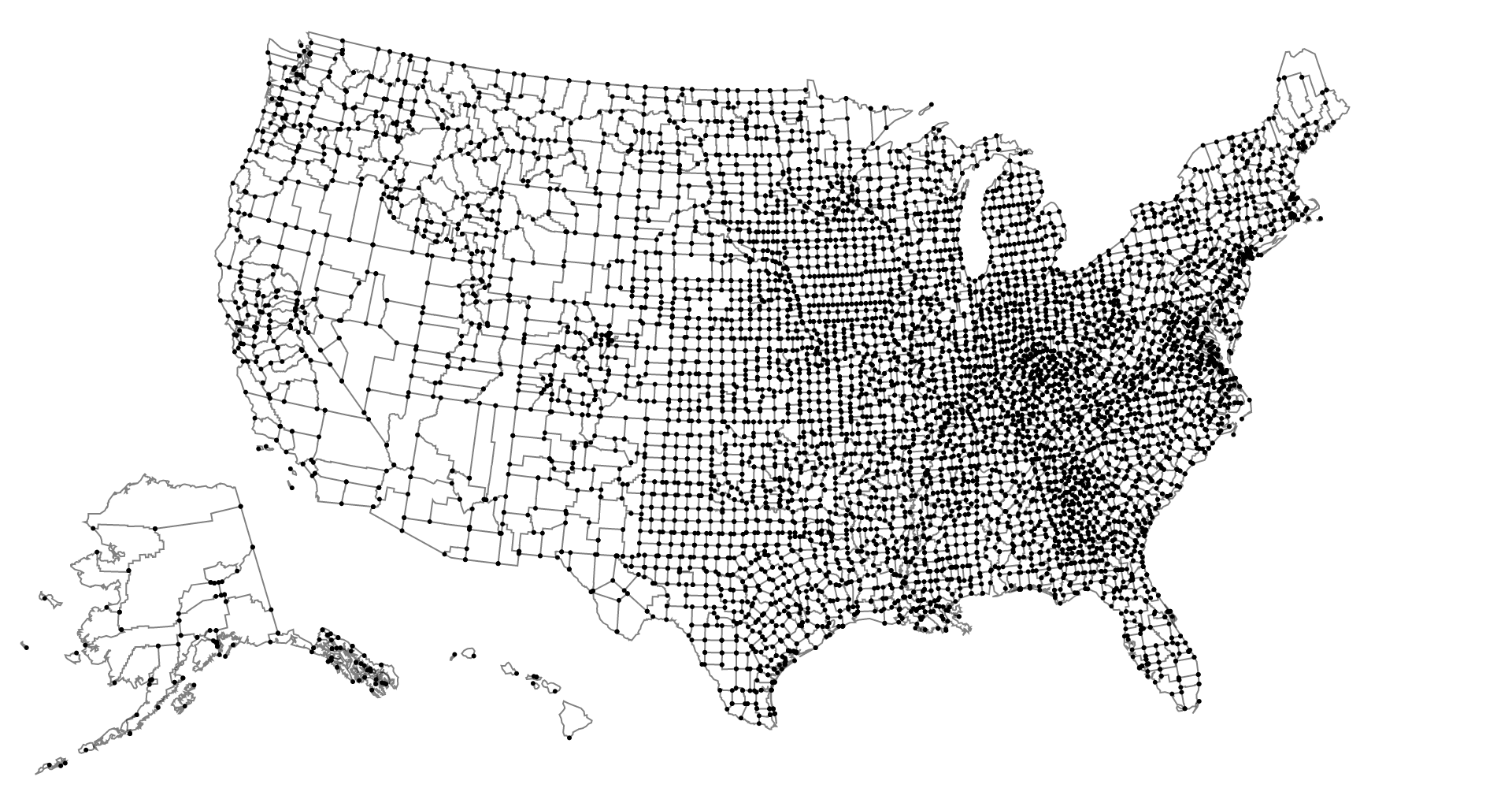 TopoJSON is an extension of GeoJSON that encodes topology. Rather than representing geometries discretely, geometries in TopoJSON files are stitched together from shared line segments called arcs.

TopoJSON eliminates redundancy, allowing related geometries to be stored efficiently in the same file. For example, the shared boundary between California and Nevada is represented only once, rather than being duplicated for both states. A single TopoJSON file can contain multiple feature collections without duplication, such as states and counties. Or, a TopoJSON file can efficiently represent both polygons (for fill) and boundaries (for stroke) as two feature collections that share the same arc mesh.

A converter to convert your GeoJSON to TopoJSON is available 🙂