Nice pen by Ana Tudor in which you can see how the angle set for a CSS Gradient and set for an SVG Gradient differ: 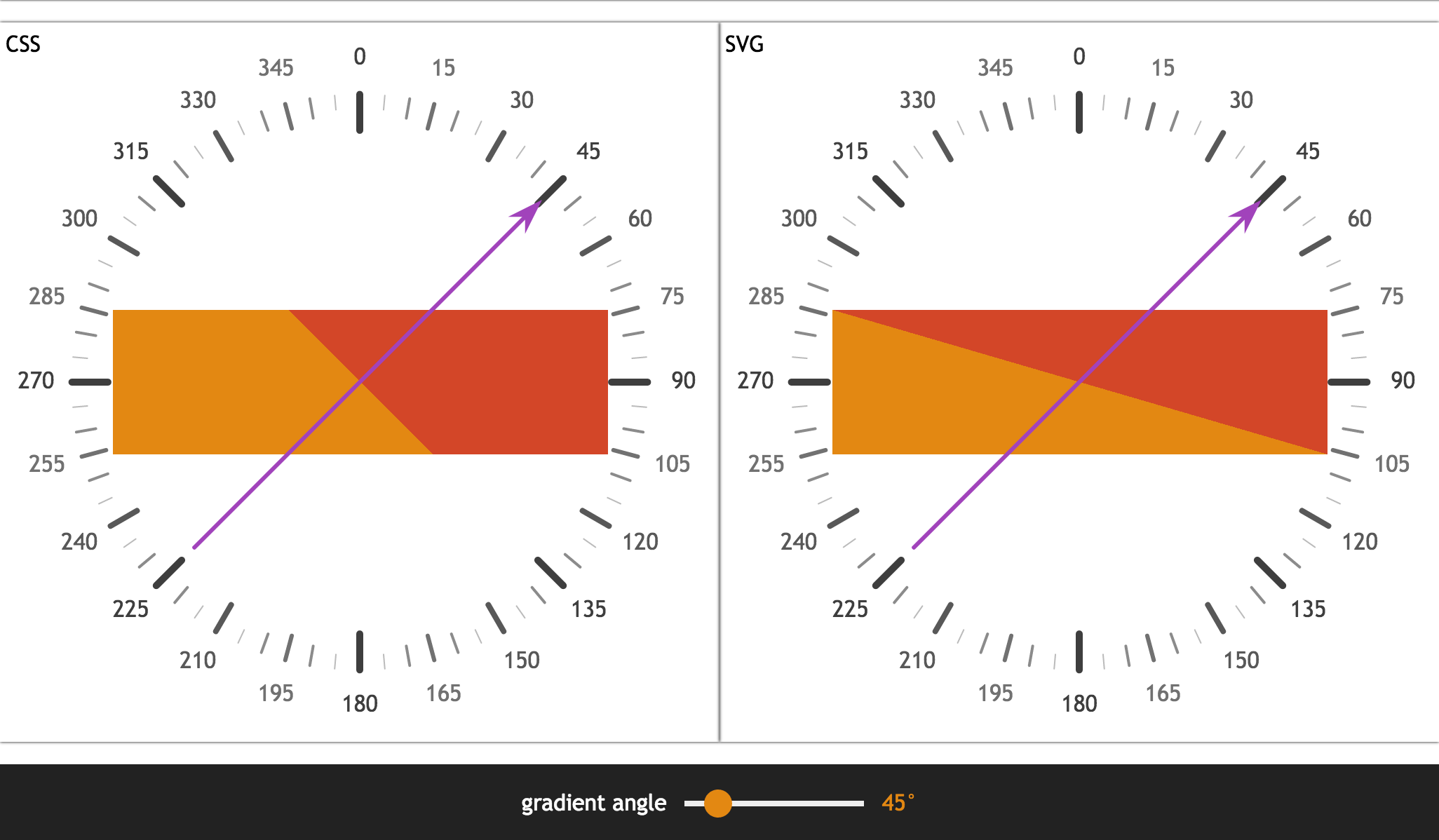 At a 45° angle you can clearly see exactly what the difference between the two is.