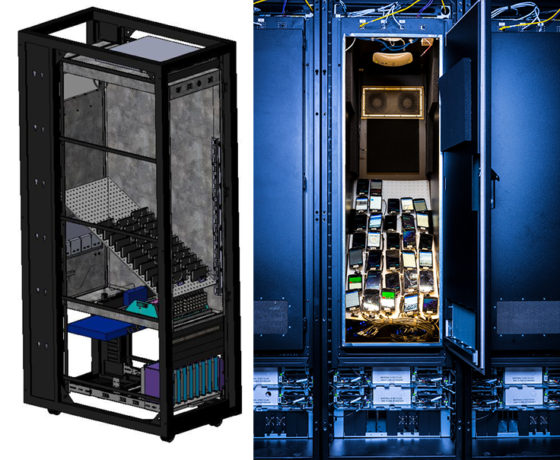 Insightful post by the folks at Facebook on how they transitioned from testing their apps on a single device to a mobile device lab (holding 1000+ devices) at their Prineville data center.

Having tried out several things, they eventually built their own custom racks which not only hold the devices, but also function as an electromagnetic isolation (EMI) chamber.

Each rack holds eight Mac Minis (or four OCP Leopard servers for Android testing) that drive the phones to install, test, and uninstall the application we’re testing. Each Mac Mini is connected to four iPhones, and each OCP Leopard server is connected to eight Android devices, for a total of 32 phones per rack. The phones connect to Wi-Fi via a wireless access point in each rack. These phones lie on a slightly tilted pegboard so mounted cameras can record their screens. Engineers can access these cameras remotely to learn more about how each phone reacts to a code change.

Right now they have about 60 of these racks, and they are planning on doubling the capacity of each rack from 32 to 64 devices.

UPDATE: Here’s a better picture of such a rack. Note the Mac Minis at the bottom: 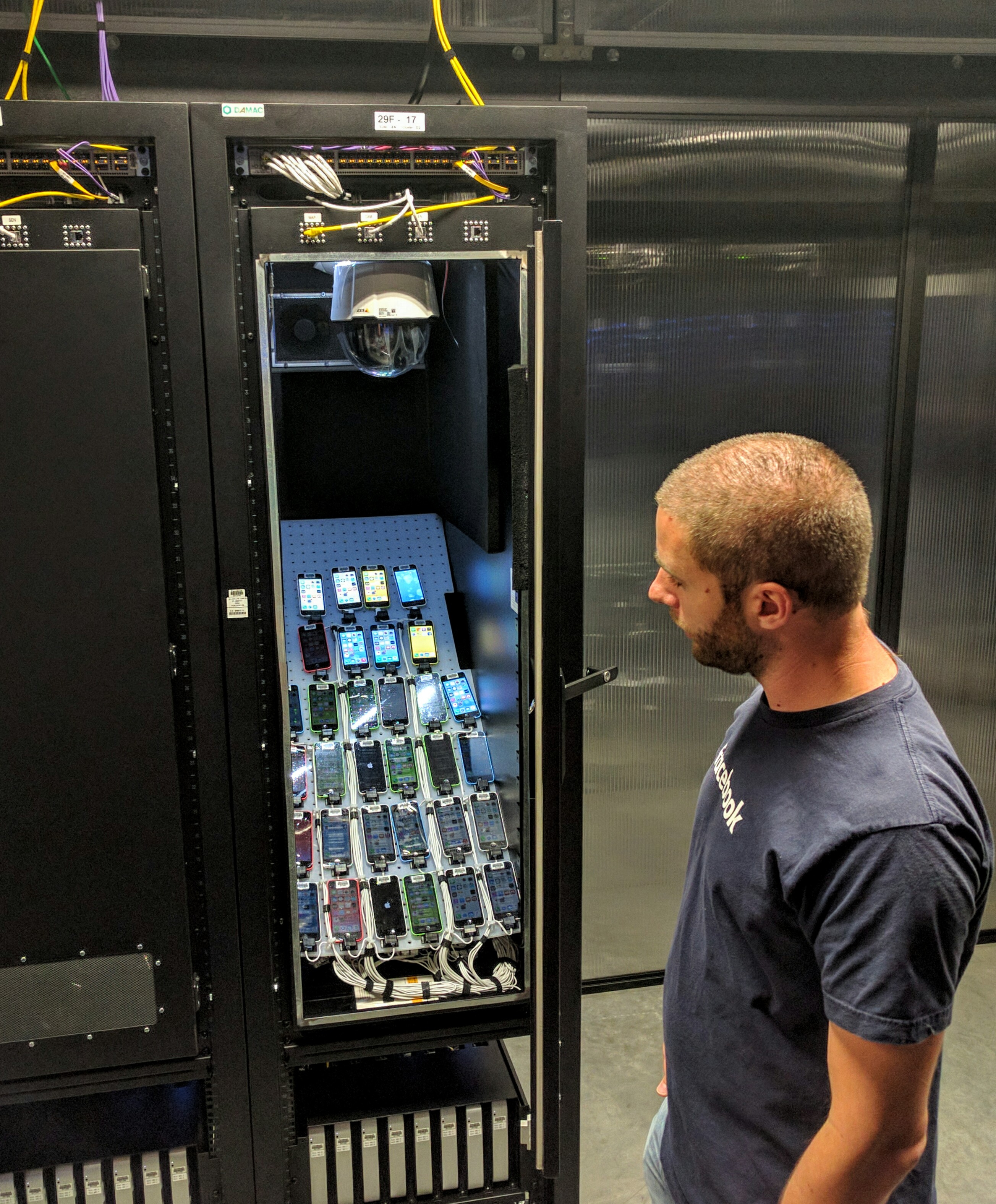