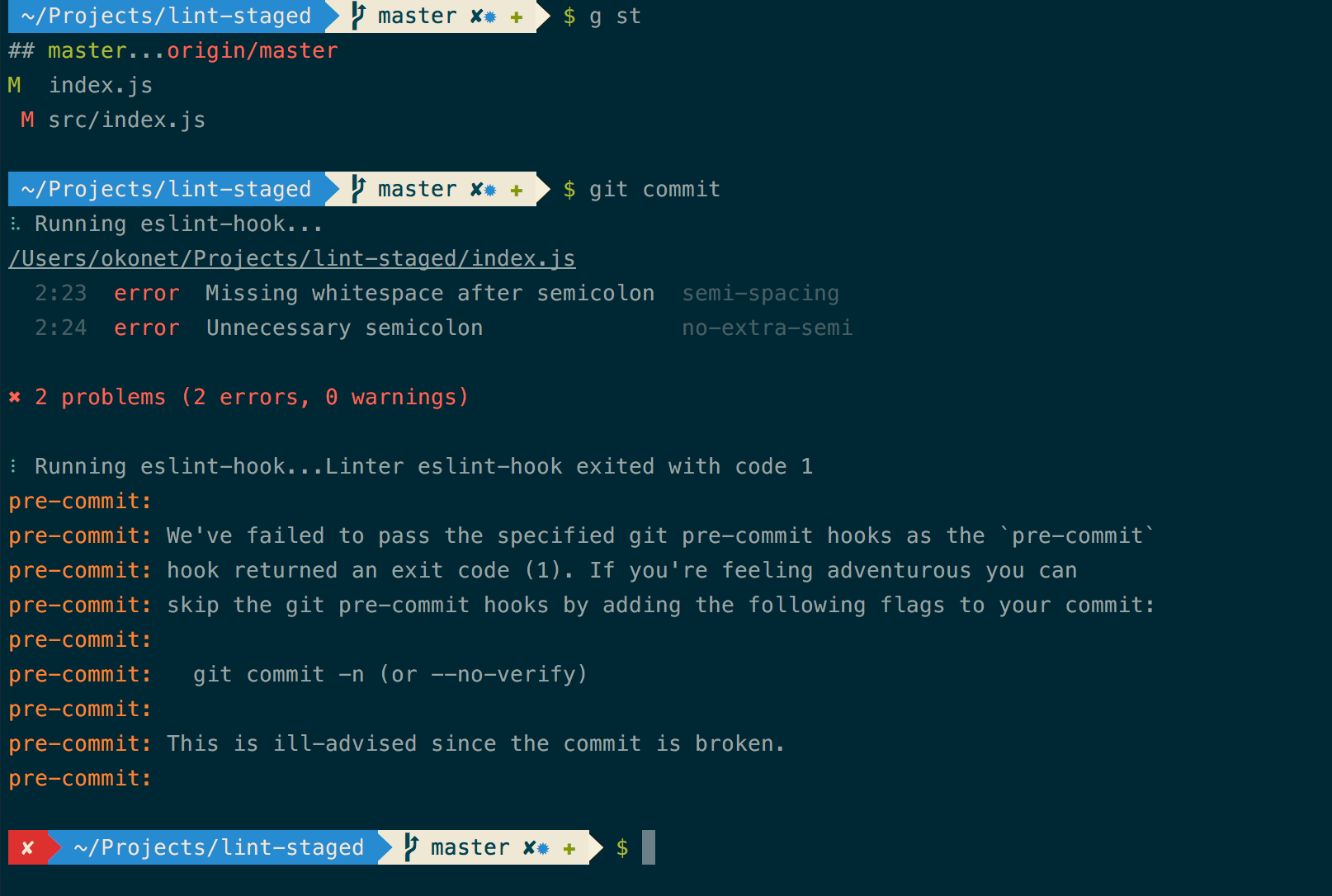 Running a lint process on a whole project is slow and linting results can be irrelevant. Ultimately you want to lint only files that are staged/will be committed.

This project contains a script that will run arbitary npm tasks against staged files, filtered by a spicified glob pattern.