GDS – Government Digital Services – recently reworked a few application forms they have. Instead of letting the user complete everything, and then – at the end – give a notice that they’re not eligible for some reason they’ve put a simple yet clear disclaimer at the very start of the completion process. 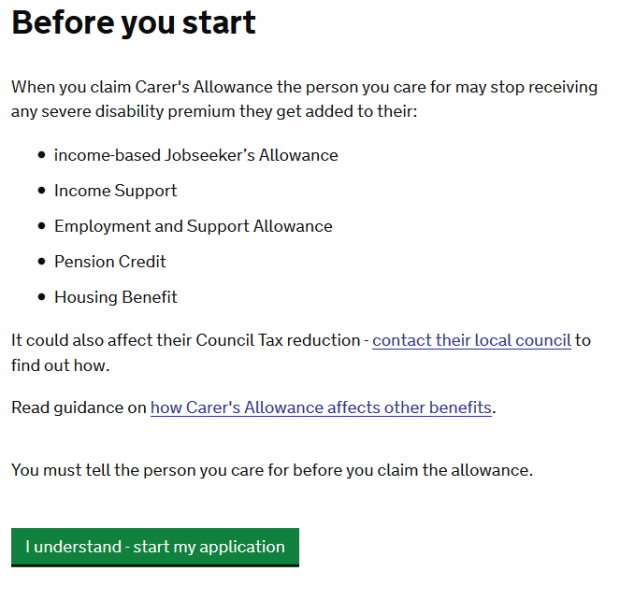 We knew that putting one of our known pain points at the very start of the service would come with risks. We immediately saw dropouts on the page rise to a whopping 9%. But, the risk paid off.

As the disclaimer now encouraged earlier dropouts, the high figure on the disclaimer page was countered by a fall in abandonments elsewhere in the service.

We saw no overall drop in applications. In fact, during the week we released, completion rates actually leapt 6% and have risen steadily to over 80%.

The most important aspect is this though: the users.

It used to take around 25 minutes to arrive at the old disclaimer. Today getting to the disclaimer takes users around 30 seconds. If a user decides to abandon, they’ve lost little time and they’re hopefully more likely to return later and apply successfully.

Don’t frustrate your users. Be clear and specific. Remove the friction. Fail them faster.

The people at GDS really know their stuff. Want to read more? Here: