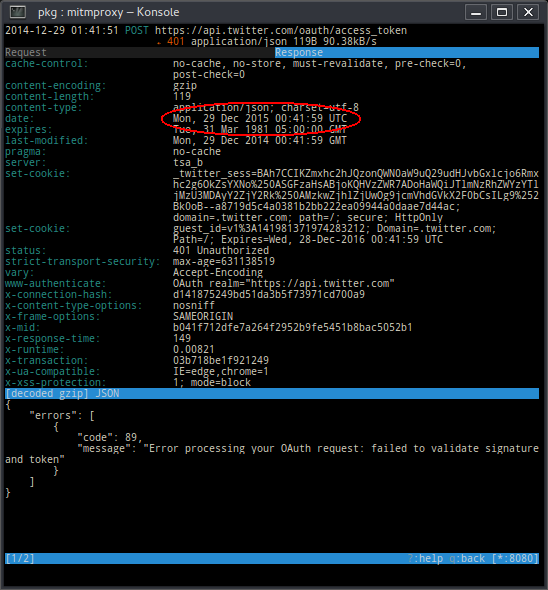 I MITMed Twitter for Android's login to see why it was failing. The Twitter servers think it's 2015. Amazing. pic.twitter.com/iEu4rEUub9

Today users of Twitter could not log in via OAuth for a few hours. As seen in the screenshot above Twitter was already thinking it was 2015.

Culprit is that Twitter was formatting dates using the ISO-8601 year number. In PHP it’s the difference between using Y and o:

o — ISO-8601 year number. This has the same value as Y, except that if the ISO week number (W) belongs to the previous or next year, that year is used instead.