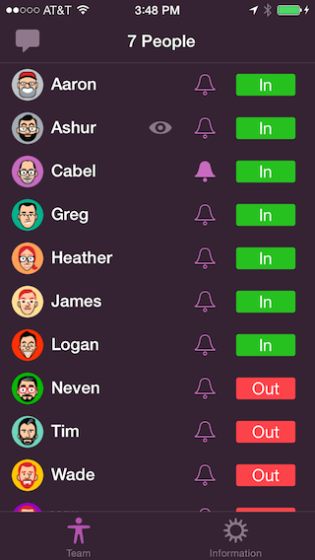 PunchClock is an in/out tracking app for iOS 7+. It uses a combination of a geo-fence and iBeacon tracking, plus a simple Sinatra backend hosted at Heroku.

See who’s in the office and who’s not … automagically. By the folks over at Panic.