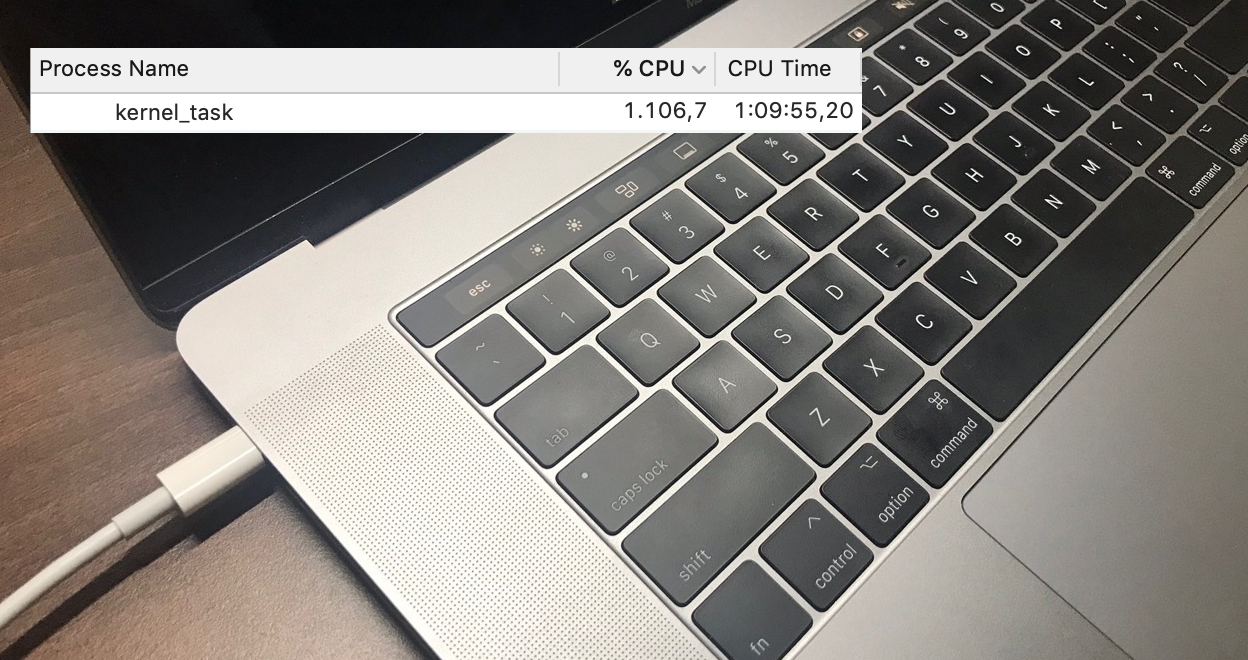 Ever since September 2019 I had this issue with my MacBook Pro where kernel_task would sometimes spike up to > 1000% (!) CPU load and drain my battery – even while connected to a charger.

Upon disconnecting the charger, the load would drop back to normal levels. But on reconnecting kernel_task would be at it again.

A few weeks ago I saw this tweet float by:

Do you charge your Macbook on the left or right side? Turns out right is better!https://t.co/jV146BRR80

And yes, that totally explained my problem. As the linked StackExchange thread mentions:

High CPU usage by kernel_task is caused by high Thunderbolt Left Proximity temperature, which is caused by charging and having normal peripherals plugged in at the same time.

So the fix is simple: don’t charge your MacBook from the left side but use the right side.

In Apple’s support article on it the function of kernel_task itself is explained in detail:

One of the functions of kernel_task is to help manage CPU temperature by making the CPU less available to processes that are using it intensely. In other words, kernel_task responds to conditions that cause your CPU to become too hot, even if your Mac doesn’t feel hot to you. It does not itself cause those conditions. When the CPU temperature decreases, kernel_task automatically reduces its activity.

So it’s basically kernel_task trying to steal CPU cycles from other processes, so that those processes don’t overheat the system.