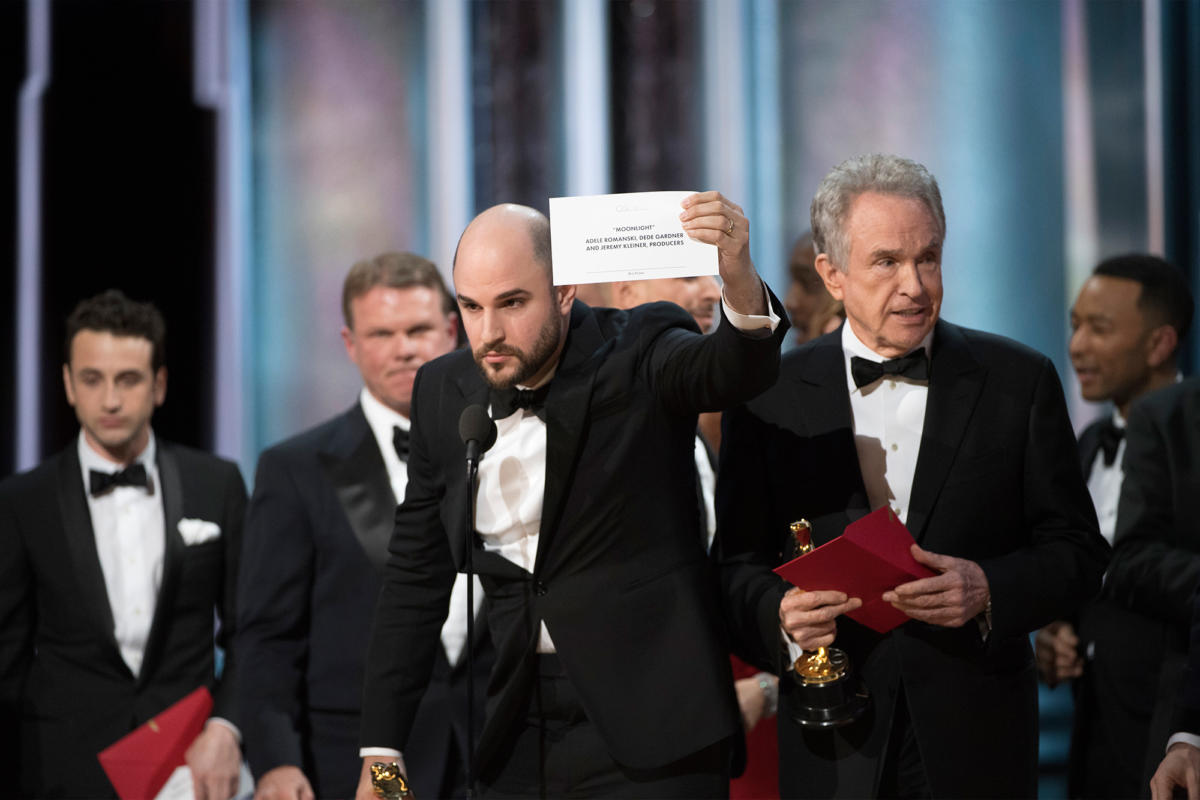 The New Yorker, following the recent fuck-up at the Oscars where “La La Land” was mistakingly named as the winner for “Best Picture”:

This bizarre event put one in mind of a simple but arresting thesis: that we are living in the Matrix, and something has gone wrong with the controllers. This idea was, I’m told, put forward first and most forcibly by the N.Y.U. philosopher David Chalmers: what is happening lately, he says, is support for the hypothesis that we are living in a computer simulation and that something has recently gone haywire within it. The people or machines or aliens who are supposed to be running our lives are having some kind of breakdown. There’s a glitch, and we are in it.

Some people think too much … It’s human to make mistakes (the biggest one here being a poorly designed card). Some mistakes go without anyone even noticing, and some happen on the big screen for everyone to see. This event – you can watch the video here – just happens to be one in the latter category.

Did the Oscars Just Prove That We Are Living in a Computer Simulation? →

Sidenote: Betteridge’s law of headlines, anyone?