Dutch ISP XS4ALL was ordered to block several IP addresses and domain names (presumably) linked to The Pirate Bay (full list here). In response, they blacked out their homepage. 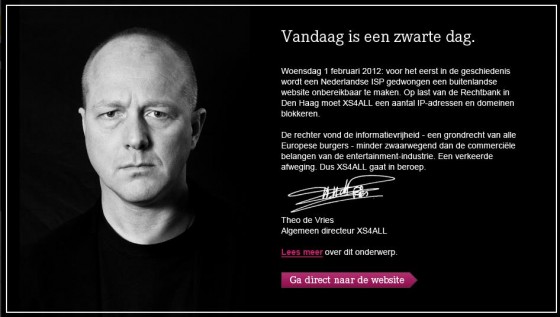 For the first time in history a Dutch ISP was forced to revoke access to a foreign site. The Den Haag court ordered XS4ALL to block several IP addresses and domain names.

The judge ruled that the freedom of information — a European civil right — is less important than the interests of the entertainment industry. A wrong decision. So XS4ALL will appeal.

XS4ALL has three issues with the ruling: