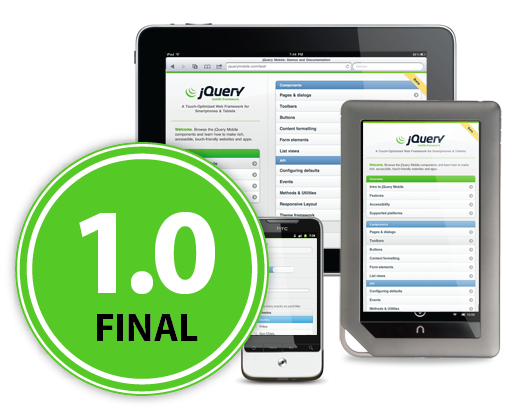 When John Resig asked Filament Group to lead this exciting new project about 18 months ago, we had no idea where this would take us. Today, we are so thrilled to announce that jQuery Mobile has reached 1.0 status.