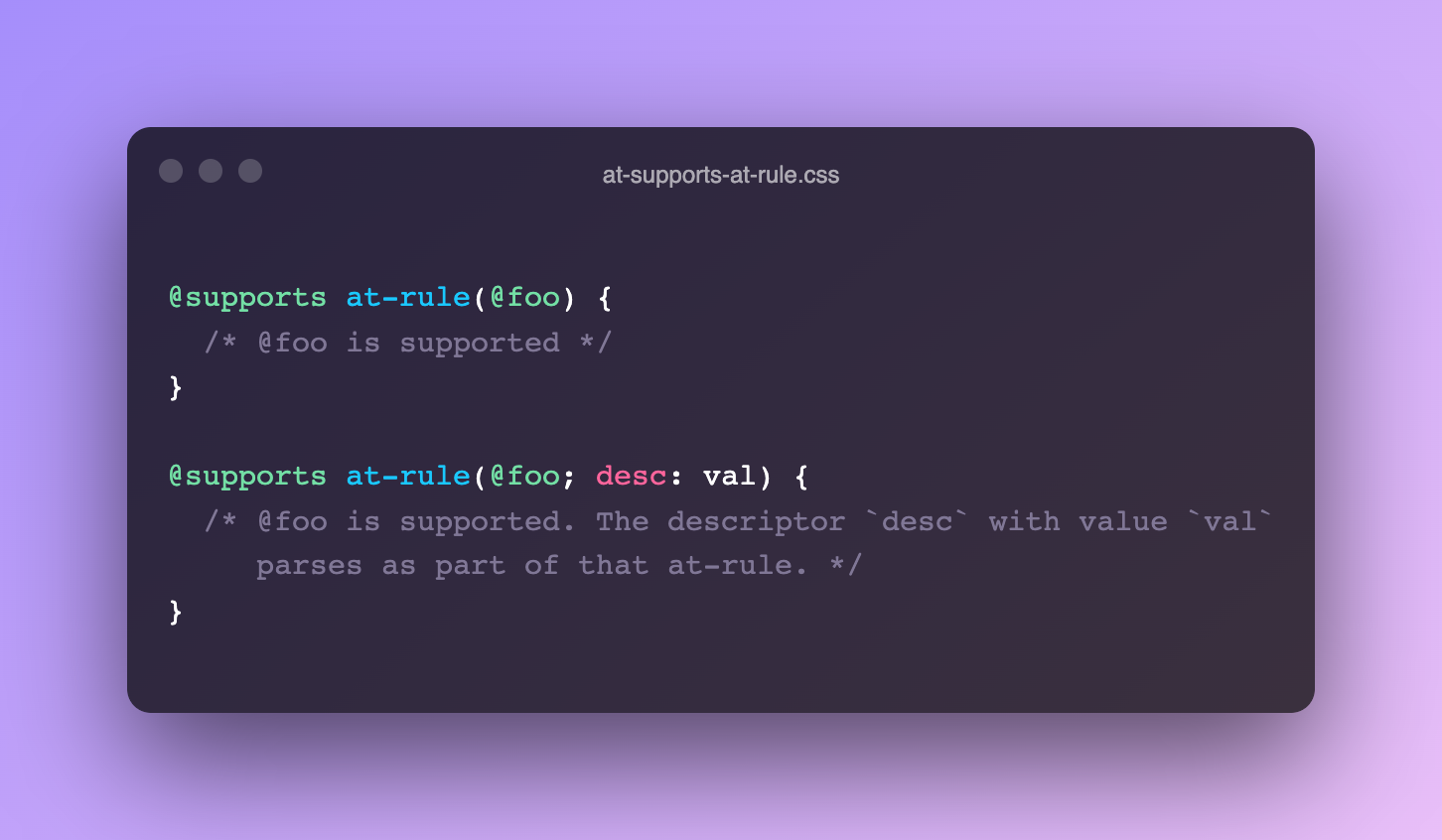 Hot off the press is a new CSS Working Group decision that defines the at-rule function — to be combined with @supports — which will allow just that.

While working on my articles and demos that use @scroll-timeline, I ran into an issue: how do I feature detect support for this at-rule?

To solve this, the CSS Working Group just decided to introduce a new function that be used in conjunction with @supports: at-rule().

With it, we can feature detect at-rule support as follows:

It’s also possible to detect support for certain descriptors. For @scroll-timeline this will come in handy, as the descriptors changed over time.

Winging back to detect support for @layer, the CSS would look like this:

Apart from the syntax above, there’s a follow-up issue that will allow you to pass in a full at-rule into at-rule():

Note that in this form you’ll have to pass in a valid — thus, complete — at-rule.

This is hot off the press. Currently, no browser supports this. I’ve filed issues at all browser engines to add support for this:

The Future of CSS: Detect at-rule support with
`@​ supports at-rule(@​keyword)`