If you’re a regular reader of bram.us you might have noticed that I haven’t posted anything here during the past month. In short: I’ve been busy with many (personal) things that needed my attention. Here’s a few of the things that kept me from blogging …

With COVID-19 many conferences have switched to an online format. With this came the opportunity to speak at rather distant conferences, which wouldn’t have been possible before. I’m honoured to have been able to speak at JS VidCon, JS RemoteConf, JSNation Live, and JSConf.be.

Some of those events worked with prerecorded talks, while others were done live. It was always a mix and match of sites and apps to use (Crowdcast, Zoom, Wirecast, Run the World, Slack, Discord, etc) all while I remained at home. Easy, although I’m kinda missing the personal connections one can make at IRL conferences. 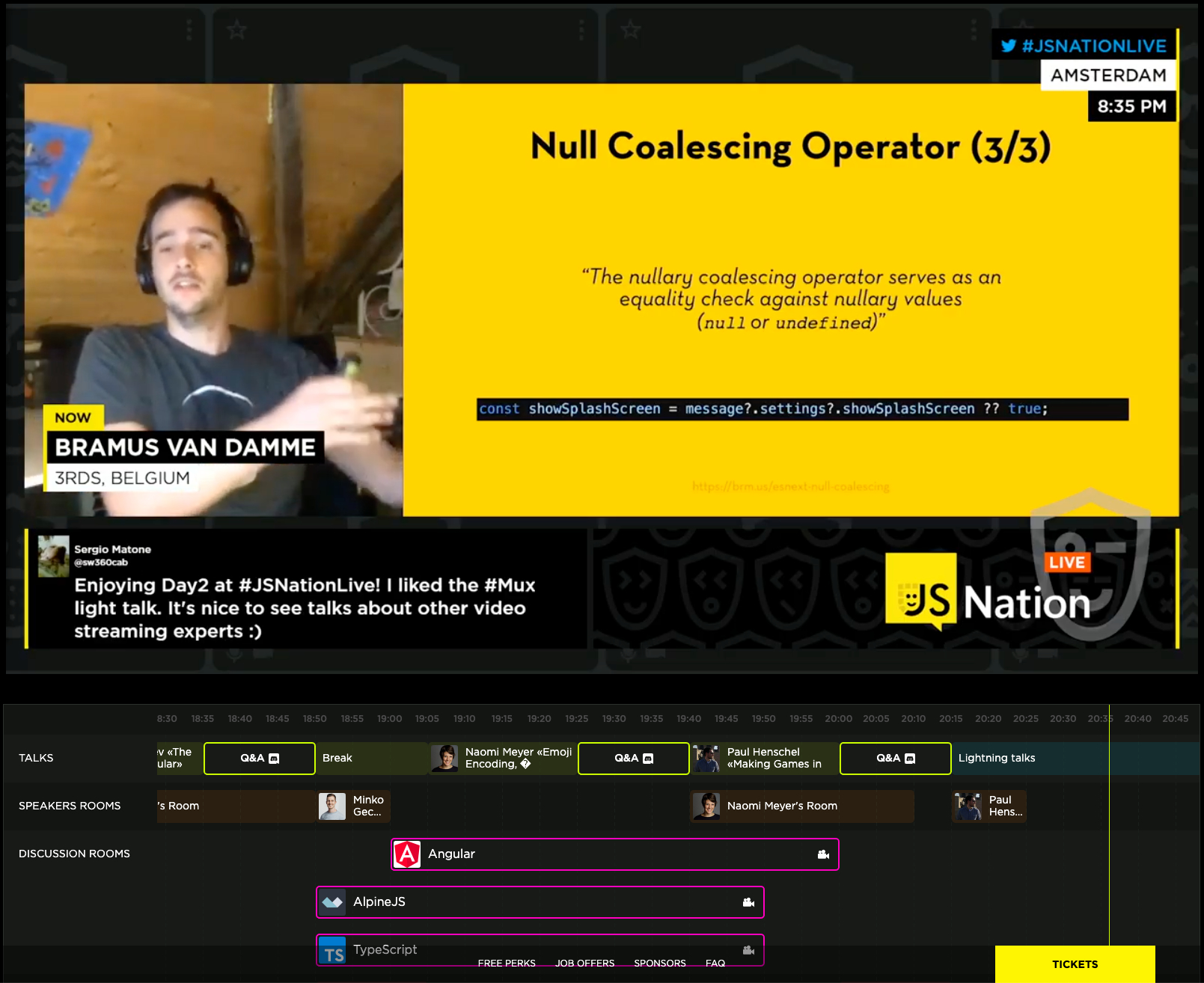 Prepping for those conferences took some time, but thankfully I could reiterate on my ESNext: Proposals to look forward to talk. As the talk has grown over the past two years I’ve come rather fluent at it, and can easily adapt it to both short and long formats. There’s another rather big conference planned this mid-July, but I can’t talk about it just yet 😉

Tomorrow it will be exactly five months ago that my youngest son Noah was born. If you’re a parent yourself I shouldn’t tell you how hard it is to have a baby in the house, especially if that baby only sleeps for short periods of time (bursts of 30 minutes during the day, 3 to 4 hours at night). He’s a very pleasant and happy baby to have around, yet the only thing we wish for is to get a few more hours of unbroken sleep. It’s really hard to focus and think when in Zombie mode 😵

We’ve also had some issues with getting his formula right, as he tends to be rather sensitive (but not allergic as the doctor said) to cow milk, but after four months of trial and error I think we finally got it right. 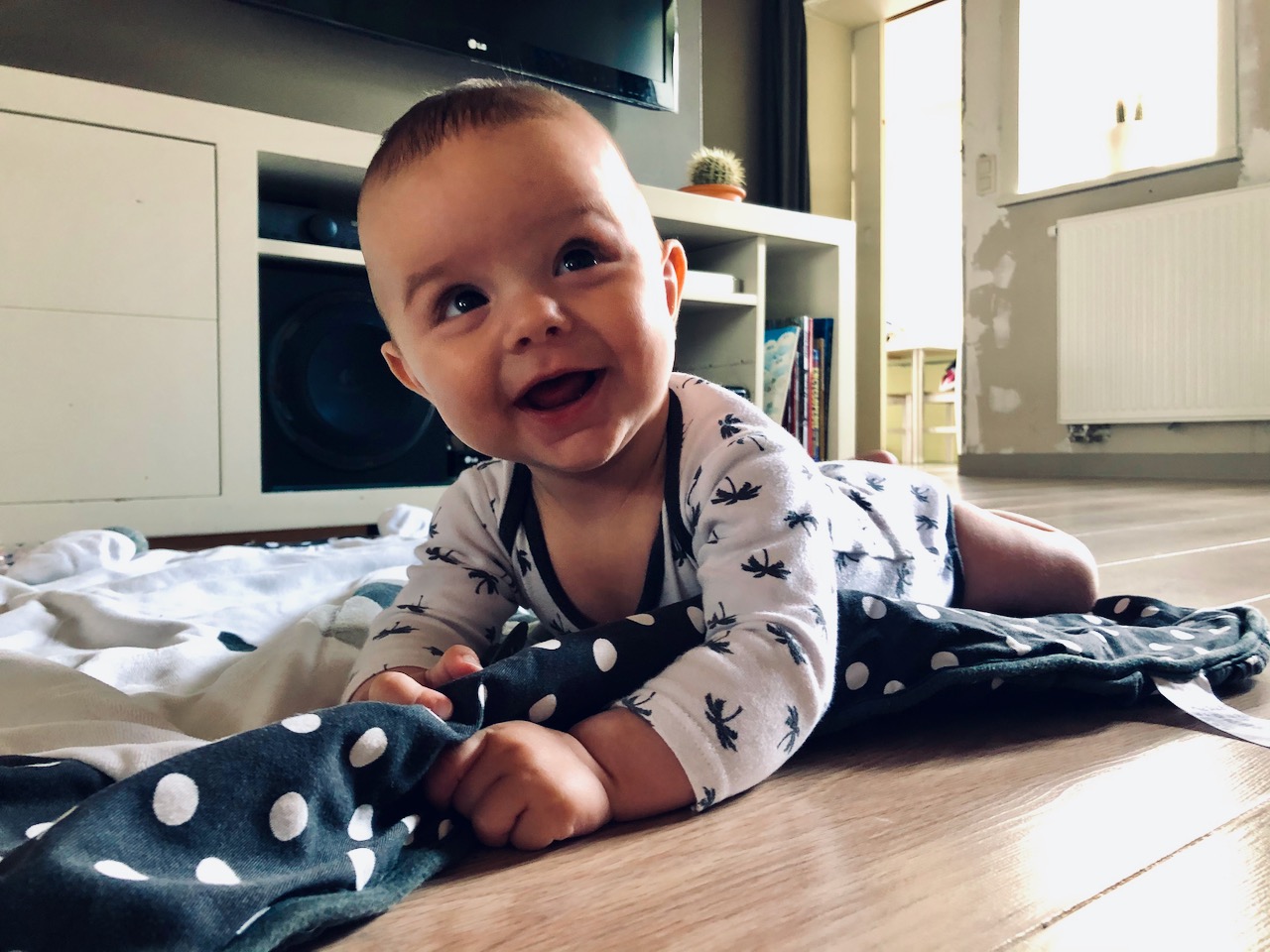 My oldest son Finn (aged 11) and my daughter Tila (aged 9) live with us every other week, as they spend the other week at their mums place. When they’re at home with us, they really are “at home” as all the schools in Belgium had switched to a format called “pre-teaching” because of COVID-19: the kids don’t go to school physically, and are required to finish a set of daily tasks (both online and offline) at home. I’m blessed that I have quite smart and standalone children by now, yet my oldest son Finn is quite the slacker to be honest … always reminding him to get started, double checking his work, etc. is quite time consuming to be honest. 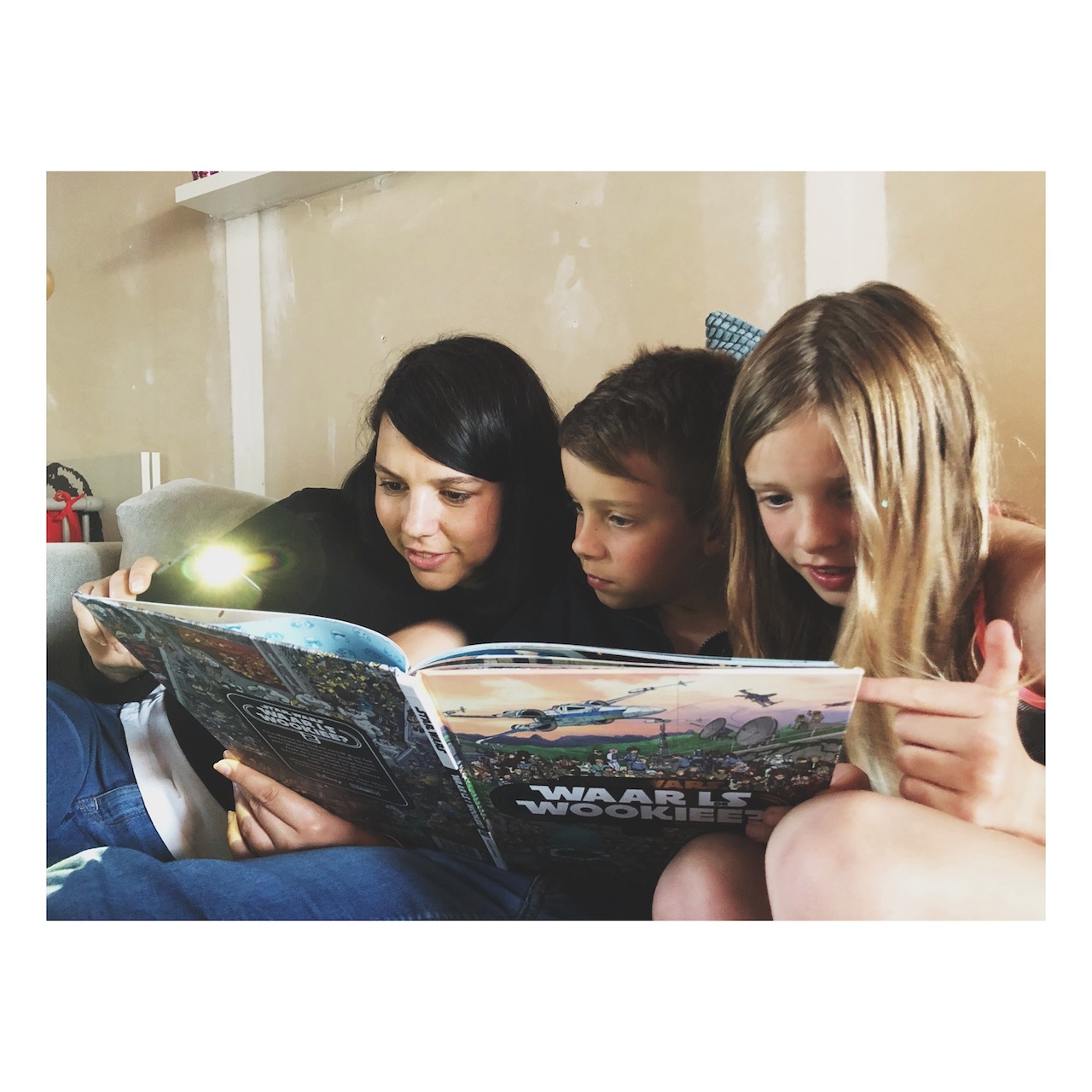 Thankfully schools have reopened their doors just last week, so that’s a small load off of my shoulders. And oh, I’m very grateful that my daughter Tila also helps us with the baby when she’s around.

We bought a new house

Ever since (before) the birth of our son Noah we’ve been on the lookout for a new house to live in, as we need an extra bedroom for him to sleep in (right now he sleeps with us in our bedroom, by lack of a spare bedroom). About a month ago my colleague Roel stumbled upon a house while biking and sent it over. One thing led to the other and before we knew we were talking with the bank about a new loan and everything that goes along with that. And yes, our bid got accepted so mid-September we’ll be moving house 🤩 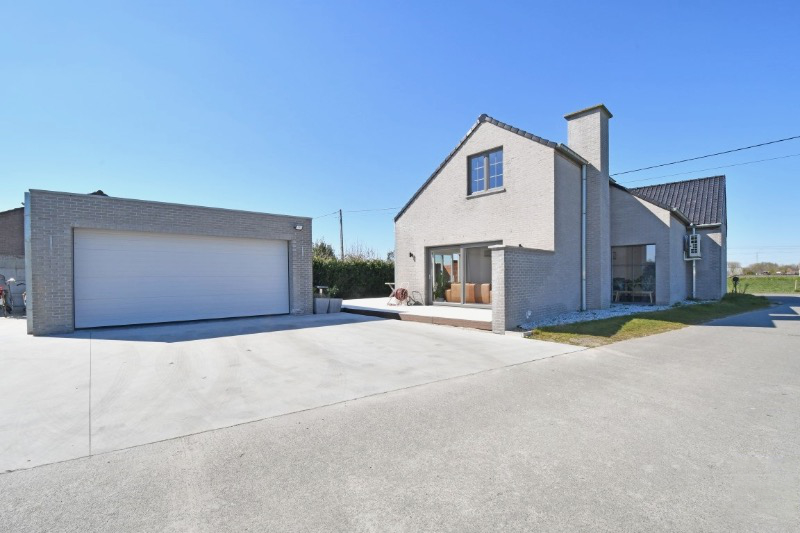 Our new house, soon to be home

We’re about to sell our current house

As we will no longer be needing our current home — and we kinda rely on the money that we’ll get from selling it — I’ve been busy finishing up the list of home improvements that needed to be done. The biggest job on that list was finishing the drywall in our living room. After sitting there unfinished for nearly 5 years (😬) I – with the help of a friend – finally got to smoothing it out, putting up a wallpaper and painting the whole thing white. 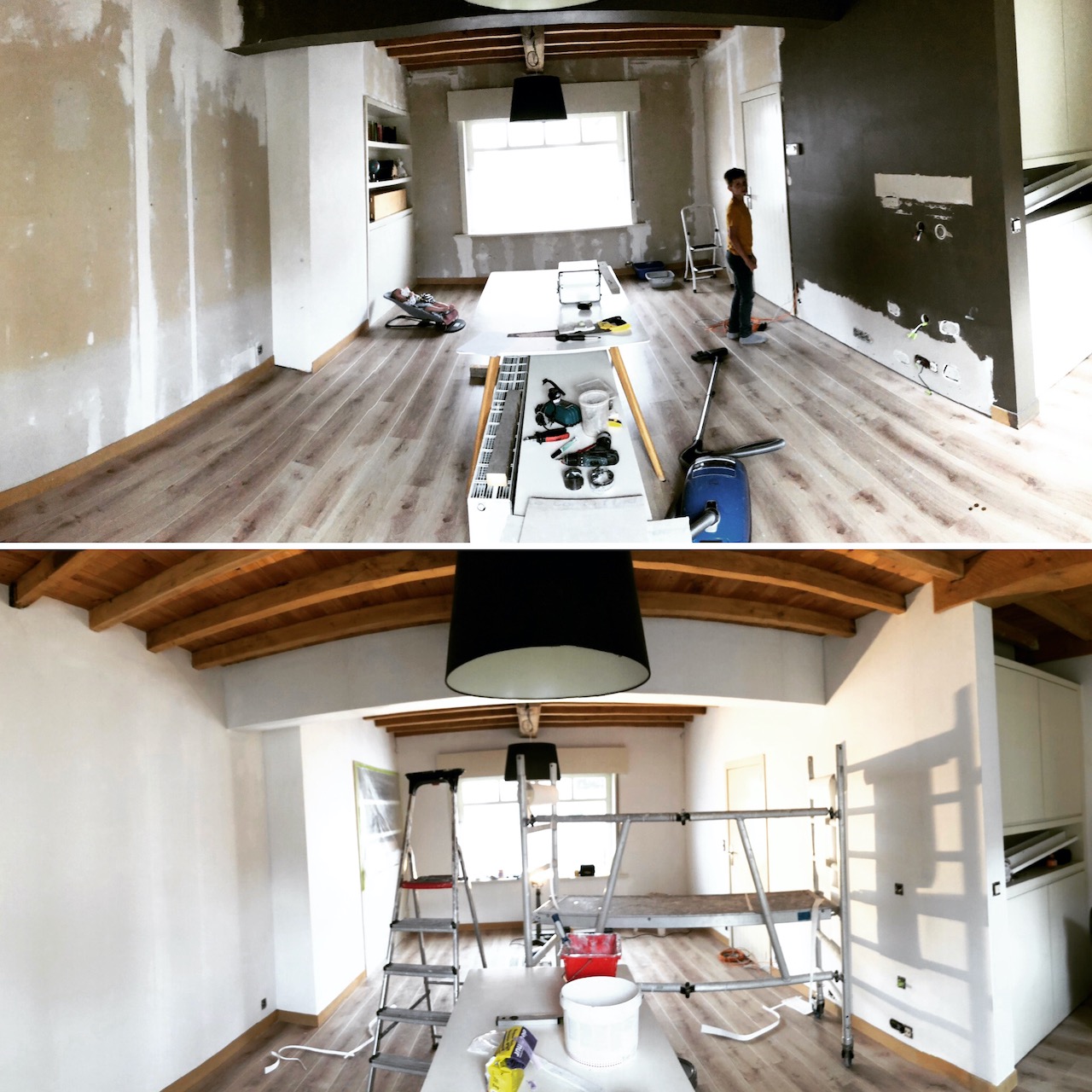 In order for the realtor who will be selling our house to start, they need some photos. To do so, we got a set of instructions (it’s in Dutch but you get the idea with the photos). As a result we’ve been cleaning out our closets and have been making trips to the local thrift shop and/or recycling depot . It’s crazy what one can collect over a period of 10 years time 😅

Our house is expected to go up for sale early July.

In between all that I also tried to do some actual work. I’m still working on a long-term Monitoring platform / IOT project which we at vBridge started almost two years ago, doing mainly PHP and cloud-based things nowadays. I try to sneak in some JS from time to time (both client- and serverside), but it’s quite limited to be honest.

As I’m currently the only web developer on the project (*), I’m a bit overbooked: refactoring a huge part of the app while also squashing bugs (if one were to be found) and catching deadlines of new promised features is quite a lot of juggling that needs to be done. This week I was finally able to finish up one of two planned refactors, so I can finally focus on new features again.

(*) Although we haven’t announced it officially yet, we’re on the lookout for good people to join our team. We’re basically looking for a web developer with preferably a PHP background and an interest in cloud development. Our policy is to hire for talent+attitude and train for skill, so don’t worry if you think you lack certain skills.